Is USA the biggest hypocrite

Kevin threw plastic garbage in the woods. When asked about it, he says: Nope, I didn't do that. Klaus also threw plastic waste into the forest. Klaus is on the move when it comes to environmental protection. At least he proclaims regularly and publicly: "Environmental protection is the most important thing." In your opinion, who is worse: Kevin the liar? Or Klaus the hypocrite? 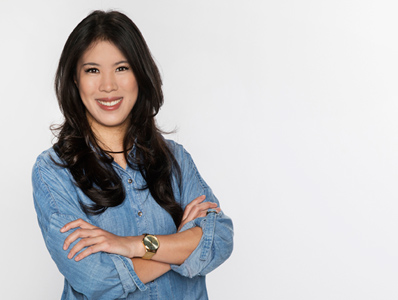 ... and also got a doctorate. But don't worry, she started YouTube tubing long before her doctorate and has been hosting the WDR program Quarks since May 2018. Above all, she wants to be understood by the general public and do away with the image of the science nerd. She does a great job. Because Mai is not only intelligent, but also cool, funny, an excellent dancer and performer.

Mai sheds light on topics from various scientific disciplines and perspectives. This opens up new perspectives for the often young audience. And when it comes to environmental protection, which she approaches at the Science Slam in Berlin through psychology, the aha! Effect is guaranteed.

Photo + header photo:Mai Thi Nguyen-Kim has been a moderator at the knowledge magazine Quarks since May 2018. / © WDR / Linda Meiers

Donald Trump and the Danning-Kruger Effect

The Danning-Kruger effect describes the distorted perception of incompetent people who overestimate their own competence. Or in the words of Mais: "When people are just too stupid to know they're stupid."

While the Pope and the whole Western world agree that we CO2 need to reduce, Donald Trump is stepping out of the Paris climate agreement. So we live in a time in which scientists * succeed more easily in convincing the highest spiritual dignitary of the Catholic Church than the President of the USA! - But does Donald really mean everything as he says it? We don't know, because the colleague is the greatest hypocrite.

Psychologists have found out: We think hypocrites is the worst thing you can be like that. - And they are totally fascinated by it.

Back to Kevin and Klaus

We think Klaus the hypocrite is worse than Kevin the liar. We despise hypocrites. But - and now Mai introduces the announced change of perspective: "If you think about it very rationally, hypocrisy is completely irrelevant."

Jerome, the third in the group, also threw plastic waste into the forest. When asked about it, he says: Yes, I did it! I stand by it. I'm not really into the environment. - How do we find Jerome now? Actually okay, right? At least he's honest.

"But the forest doesn't care whether Jerome is honest or not."

Because we only think of ourselves, we find the hypocrite worst, then the liar, then the honest culprit. But the fact is: there is rubbish there.

From the perspective of the forest, we would have to say: “Klaus it sucks that you are such a hypocrite, but at least you are campaigning for environmental protection in principle. Kevin, it's uncool that you lie, but at least you seem to know that you did something wrong. Otherwise you wouldn't be lying. And Jerome, who honestly admits that he shits on the forest, to whom we should actually say: Fuck you, Jerome! "

Why else all the hypocrisy? I'm Fairtrade at heart, but I buy my jeans at Primark because they're so cheap there. This hypocrisy says one thing above all: doing the right thing is just not easy. Because:

And it is precisely because sustainable action is so extremely difficult that things like the Paris Climate Agreement are so important. They force us together and mutually to make concrete progress!

Mai's final message in her performance is therefore: There is no point if we accuse each other like “petty motherfuckers”. Let's do our best together and help each other.

Links - you can find more from Mai at: