How important was yellow journalism 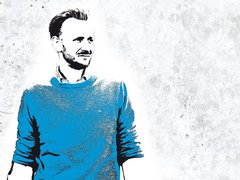 Benjamin Piel says: "It is our decision. We are not the victims of great change." (Photo: Thorsten Jander, editing: journalist)

Journalism is alive. And how. But it is not alive of itself and not an end in itself. It is only when we live it - for and with people. If we don't, the local media will soon be dead.

It is our choice. We are not the victims of great change. At most we are the ones who pretended everything was the same. And who are now wondering how wrong it was to duck down and carry on and hope the storm would pass. The wind is there and it stays. If we set sail skillfully, it will take us into the future instead of knocking us over.

Has the internet ruined everything for us? People don't understand how important we are? Nobody is willing to spend money on our work? These are the wrong questions. I can no longer hear the talk of doom. Because there is only one question that really matters: Are we ready to give our best - for what is important to people?

For many years this question was something between unimportant and irrelevant. The printed newspaper was a place for everyone. This concept made a lot of sense 30 years ago. Because the local newspaper had a decisive advantage: there was no alternative in itself and largely independent of its content. The publishers had the monopoly of the printing press. You alone could put journalistic and advertising content on paper and put it in tens of thousands of mailboxes.

This privilege did not make it completely indifferent to what was in the paper. But it meant that the content was not the deciding factor. Those who did not read a newspaper were cut off from the flow of information in the region. Local newspapers were relevant by their very existence. And so the newspaper houses could not save themselves from people who wanted to appear in their product - whether through newspaper content or advertisements.

"The internet has ruined everything for us? People don't understand how important we are? Nobody is willing to spend money on our work? Those are the wrong questions."

Both have changed. The printing press monopoly still exists, but it has lost its value. To the limit of insignificance and beyond.

On the one hand, this is due to the fact that many people have alienated themselves from paper and wedded to the mobile phone display. But it is also due to the fact that the publishing prerogative of the publisher has fallen. Anyone with a cell phone has become a publicist. This applies to individuals who can reach hundreds of thousands of people on YouTube or Instagram without any publishing infrastructure. But it also applies to clubs, parties, associations, groups, activists, clubs, sports groups and whatever else is not available in the local structure. In contrast to before: There was only one channel: the local newspaper.

In the meantime, the clubs, parties, associations, groups, activists, clubs and sports groups have their own channels that they maintain and use. In any way you want. It's more convenient, faster, cheaper, more controllable. The football club presents itself with high-class photos on Instagram. The shooters have a Facebook page with hundreds of friends. The environmentalists have achieved a considerable reach on Twitter. And for many, private WhatsApp groups have become places to get their information.

All of them are hardly or not at all dependent on us as mediators. The younger the user, the more pronounced the effect. This is a serious problem for local journalism. Because until a few years ago the content, value and aspiration of many newspapers ended at roughly the same point as the flood of texts and images submitted. If our function were to publish what others have submitted, we would soon have lost all meaning.

The good news is: It was often not local journalism that we were doing, it was something about words and times. Conversely, if we do more than ever what we are journalists for, then our job is not superfluous.

This leads to the question of what makes local journalism unique. In essence, these are - among many other things - four things: research, present, comment and orientate.

With every meter that the submitted text loses speed, the research becomes more important. Because the deeply researched content is what we have to offer exclusively. The more often we can show, document and prove what lies behind the things, the more precisely we bring to light what was previously hidden, the more people will be willing to pay money for this exclusive work. That sounds easy, but it is a challenge, not least because research has played a smaller role for many local journalists than might generally be assumed. Whose job it was so far to transform submitted texts from horrible to bad will have a hard time switching to research mode. Editorial offices need research training, further education, support, cooperation with other editorial offices and partners as well as teamwork in order to achieve exclusive content.

We observe in Minden that this content is rewarded with great interest. Together with the Correctiv research center, we took a close look at the housing and real estate market for the series “Who belongs to Minden?”. The interest in the contributions was particularly high when grievances were the subject or previously unknown things came to light. The city's prettiest building belongs to the Bank of Montreal? Which owner family is behind the largest landlord in town? What is the strategy of the American investment company, which has a former shopping mall in front of it? We have found answers to this and observed a high level of interest in them.

We have made this observation again and again since we took a closer look at user data and draw conclusions from it as to which topics work why and where we should stay on the ball and continue turning. What better news could there be for journalists: when we check facts, do journalism, when we do what makes our job the most, then many people are most likely to be willing to spend money on it. What an appreciation for our work! Nobody but us can do that - no algorithm can replace us.

We have the ability to show, tell, describe and trace topics like no one else on site: brilliantly in words, images and moving images. A vividly told report, a razor-sharp analysis, a questioning commentary, an entertaining gloss, a critical follow-up interview - these are formats that make us distinguishable from the random. We can still do that best. Another observation that we make: Articles not only sell particularly well if we research the content carefully, but also present it in particularly valuable text and images. If we offer textual and visual moments of pleasure, then it is worth something to people. If we mess something up for them, the interest is small. And rightly so.

In local journalism, there has been a rather shy, sometimes not even commented on for years in many places. It didn't seem worth it to mess with the local decision-makers with names and pictures. And it might not be what readers first expected either. That has changed. When we ask our readers and users today what they expect from us, the answer comes surprisingly often: We like to inquire, question, criticize, not give up, and get on the fur of those who have something to say. This is a function that many associate with the newspaper houses. While local radio is more of an entertaining character and provides a humorous start to the day, people expect more courage, more interference and more backbone from the local newspapers.

"It was often not local journalism that we were doing, it was something about words and times. Conversely, if we do more than ever what we are journalists for, then our job is not superfluous."

If we are any, people will find us any. But if we take all courage and do not cower in front of the local elite, then many will appreciate it. It is not about criticism as an end in itself, not about nagging and finding the fly in the ointment. The point is that for the good of the region and its - completely normal - people, we exercise our rights as journalists and let freedom of the press be more than just a word that sounds good.

People want to find their way around their living environment and feel that they are in good hands. We can meet this need with our work. Often it is much simpler things that people expect from us than we do from ourselves. The seemingly banal end of the city's most popular kebab shop is often more important to people than the chic online project we have been working on for half a year and a price hope for it. Our idea of ​​relevance and what people consider to be important sometimes gapes quite a bit. We should close this gap.

People have questions that may seem trivial and mindless to us, but which in truth are tangible, tangible and lifelike: Who is actually the owner of the new restaurant on the corner? How did he get to Germany? Why is the oldest jeans shop in town closing? And how does the owner actually feel? When does the next construction site start, where and why? Why is there a problem with collecting the yellow bin and how does the disposal company want to solve the problem? Why is it so difficult to get from A to B by public transport and couldn't it be easier?

These issues are directly related to people's lives and therefore work particularly well. That sounds easy, and it is - if we don't stand in the way of our misunderstood claim that such topics are too promotional, too picky, too banal. People will thank us when we jump over our shadow and serve what interests them in broad terms.

We are not victims. Local journalism is alive - if we live it. For and with the local people.

Benjamin Piel (35) volunteered at the Schweriner Volkszeitung and in 2012 switched to the Elbe-Jeetzel-Zeitung, which he later ran. Piel has been editor-in-chief of the Mindener Tageblatt since June 2018. In 2014 he was awarded the Theodor Wolff Prize.

To overview:My view of journalism