Do the Democrats lean towards Socialists 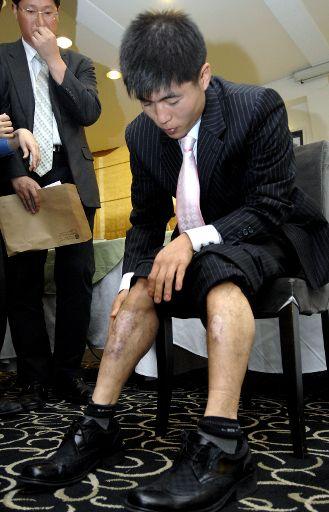 Media coverage of North Korea mostly revolves around the rulers' nuclear weapons program. However, around 23 million people in North Korea live under almost complete state control and many suffer from gross human rights violations. Last week, MEPs dealt with the situation in the largely isolated country and heard, among other things, a young man who had spent a large part of his life in a camp and was finally able to flee.

“We are often absorbed in the nuclear weapons issue and tend to put human rights issues aside. This is fundamentally wrong, ”said Portuguese MEP Ana Gomes (Socialists & Democrats) during an exchange of views in the Subcommittee on Human Rights last week (April 7th).
For the US special envoy Robert R. King, the North Korean state is "one of the worst human rights violators in the world".
Human rights abuses and hunger
Forced labor, political repression, restriction of religious practice, human trafficking, torture, rape and murder were among the methods of the power apparatus that were discussed in parliament.
Although an objective assessment of the situation is difficult for foreigners due to the isolation of North Korea, reports from refugees provide shocking insights.
Shin-Dong-hyuk, who now lives in South Korea, was born the son of inmates in a North Korean State Security prison camp and spent the first 24 years of his life in the camp until he escaped.
According to his account, the prisoners have no documents that would prove their identity, no right to speak, no exit and risk of execution if they object. The sick would also be forced to work (for example in mines).
According to the President of the Human Rights Committee, Finnish MEP Heidi Hautala (Greens), up to a million people could have died in such camps.
Then there is hunger: “In 2008 the United Nations World Food Program estimated that around 40% of the population would need food aid in the following year,” explained Hannah Song von Liberty in North Korea, an international NGO.
The Romanian MEP László Tőkés (European People's Party) emphasized that coordination and “global cooperation” are necessary when dealing with North Korea, with the USA being “the most important partner” for him.
For the Polish MEP Janusz Zemke (socialists and democrats) a common diplomatic representation of 5 to 6 states in North Korea would be conceivable to observe the situation. He also stressed the need for the international community to prepare for the time after the collapse of the regime.
British MEP Roger Helmer (European Conservatives and Reformists) was more pessimistic. The talks with North Korea resembled a dialogue with the deaf and mute, and they were characterized by little progress and not kept promises.
The parliamentary delegation for relations with the Korean Peninsula is expected to visit North Korea in June.
<?