The Best Elder Scrolls - "Morrowind Is Better Than Skyrim"

Morrowind is better than Skyrim. So, now it's out.

I know I'm almost certainly putting myself in fan hell's kitchen with this column. How dare you push The Elder Scrolls 5: Skyrim off its RPG throne? Is Dimi crazy? After all, the open-world epic was only able to inspire countless players for the possibilities of a fantasy sandbox! Probably more than half of all GameStar readers have sunk hundreds of hours in Skyrim. And I don't want to badmouth anyone!

After all, I lost a lot of my life to Skyrim - in my Steam database only Payday 2 devoured more hours! And dear, what did I have fun in Skyrim (not least thanks to the great mods). But that doesn't change the fact that The Elder Scrolls 3: Morrowind is the better game for me personally (!) To this day.

And because Morrowind will be 15 years old in 2017, I want to use the anniversary opportunity to spread my heretical opinion into the world. Here are three good reasons why I still like Morrowind better to this day.

Morrowind Week: Because I got really excited about Morrowind while writing this column, there will also be a few more articles from me that deal entirely with the forgotten treasures of The Elder Scrolls. And a special on how to make Morrowind pretty again with mods. So, um, stay tuned!

Yes, Skyrim has dragons, barbarians, sorcery and mighty swordsmen - and I think that's basically just as cool as any other fantasy nerd. But let's be honest: Almost every fantasy world in the Tolkien tradition has dragons, barbarians, sorcery and mighty swordsmen. Skyrim is reminiscent of Robert Jordan's Wheel of Time or Terry Goodkind's Sword of Truth: It takes the classic fabrics and stages a great stage play, but remains astonishingly conventional.

Morrowind goes much further. It has Schlickstreiter, the tribunal religion, nomadic tribes, cities in quasi-insectoid »chitin« architecture (I can't describe it better), ash rain, the Nerevar and the more exciting world all around because they are not simply Viking or barbarian »tropes «Adapted, but strives for a really independent culture.

Anyone who explores the world of Vvardenfell discovers vampire civilizations, political intrigues in dark elf noble houses, cruel theocrat tyrants and, and, and. Behind the villain of the story campaign lies a tragic story of old friends who became bitter enemies for centuries. Morrowind basically contains all the exciting aspects of Skyrim (religious conflict, colonial rule, old culture against new culture) - and packs much, much more on top of it. When you first step into Vvardenfell, you really have no idea what is waiting for you.

That is why my stay there remains in my mind in great detail to this day. Morrowind is a place like no other. Oblivion and Skyrim offer significantly more dynamic elements in the game world (Skyrim's dragon fights and sandbox situations), but in comparison they remain much closer to classic high fantasy.

About the author: Dimi never tires of insisting that all the Elder Scrolls pieces are fantastic - and that this better-or-worse discussion should be more of a fun mind game than a political issue. So please don't lynch him! Better to write a user blog article on GameStar.de, why Skyrim and Morrowind fans are equally wrong - because Daggerfall beats everything. Dimi plays all Tamriel parts up and down in his private life anyway, even Redguard and Battlespire. Does anyone else know that?

Reason 2: Morrowind is more of an RPG

I am one of those people who don't rework themselves in role-playing games in the editor, but instead come up with a completely personal character with whom they go on their adventure. I was an insane murderer in Skyrim once. And in Daggerfall, a fanatical priest. In short: room for development in role-playing games is very, very important to me. On the front lines, Morrowind offers a lot more than Oblivion and Skyrim. 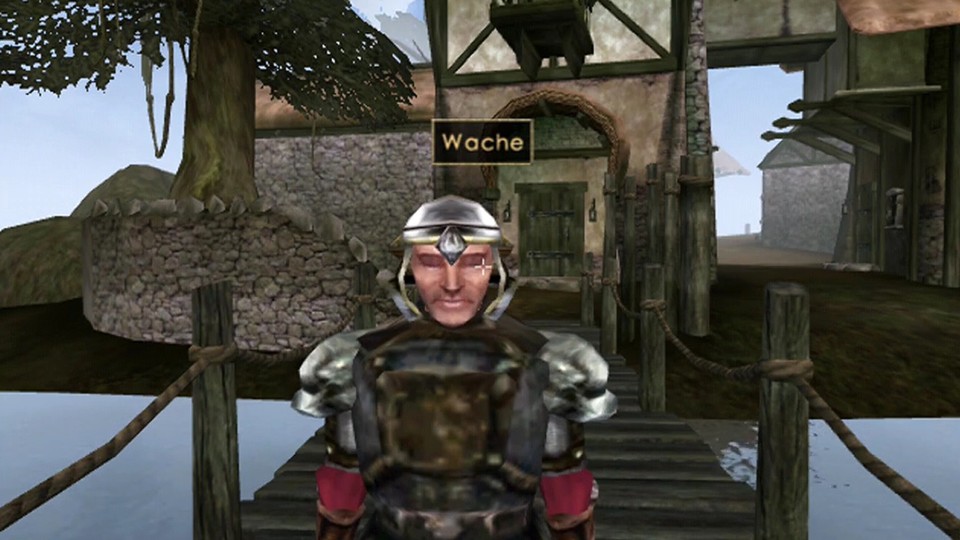 4:21 The Elder Scrolls 3: Morrowind - Retro Hall of Fame for the RPG classic

Let's just take the factions: In Skyrim you can let off steam in the Fighters' Guild, become a magician, hang out with thieves or go one step further and provide the Dark Brotherhood with blood sacrifices. I choose between storm coats and imperial ones, and there are also various smaller guilds that accept me due to the quest. Sounds like a lot (is a lot too), but Morrowind easily holds back with almost 20 fully developed factions.

In Vvardenfell there is for example three different dark elf noble housesthat you can join. I can play my way through the military ranks as a colonial imperial soldier or convert pagans as a church missionary - yes, or enter the pagan church and defend the tribunal as an ordinator (with a mod you can even wear the ordinator's armor without penalty). Anyone who is bitten by vampires ends up in one of three bloodsucker clans, and of course there are pretty much all standards from Skyrim (fighter guild, killer guild, thief guild, magician).

The mod remake Skywind should look so beautiful.

But I can also set my figure much more individually regardless of the parliamentary group chosen. Where Skyrim sums up all one-handed weapons under the »one-handed weapon« skill, in Morrowind I train a specialist in blunt clubs, long swords, axes, spears, handguns and unarmed combat. Sure, you can no longer learn opponent languages ​​like in Daggerfall (huh!), But with 27 skills Morrowind easily beats the 18 skills from Skyrim.

In Vvardenfell, I was a dark elf aristocrat, a martial arts monk, a tribunal Knight Templar, an unarmed magician, a vampire, a legionnaire, an ax-wielding missionary, a chosen hero, and a vile assassin - and each of these professions corresponded to one own character with which I mastered the game.

Of course, Skyrim also offers fantastic opportunities to write your own story in an open world - but Morrowind offers a lot more freedom (in my opinion) there. Skyrim may have made the open RPG style mainstream, but Morrowind is definitely perfecting it as part of the Elder Scrolls franchise.

Reason 3: The story is better

Okay, my final reason is for sure the best arguable one about. After all, Morrowind actually only tells one story in his main story about the chosen hero who has to save the world. In addition, the campaign is much drier than with Skyrim (and it wasn't the highlight of the game) and doesn't even feature dragons!

But I claim that Morrowind's story (unlike Skyrim) is actually one of the game's greatest strengths. You could certainly write your own column about it, so I'll abbreviate here: In Morrowind I'm not just a chosen dragon-born with a super scream, but I have to earn the title of Nerevar first. I have to live up to the prophecy. Sure, certain birth signs mean that not everyone can do that, but at the end of the campaign I grew into a gigantic role. Morrowind plays the classic chosen one story, but presents it with a better twist than Skyrim. 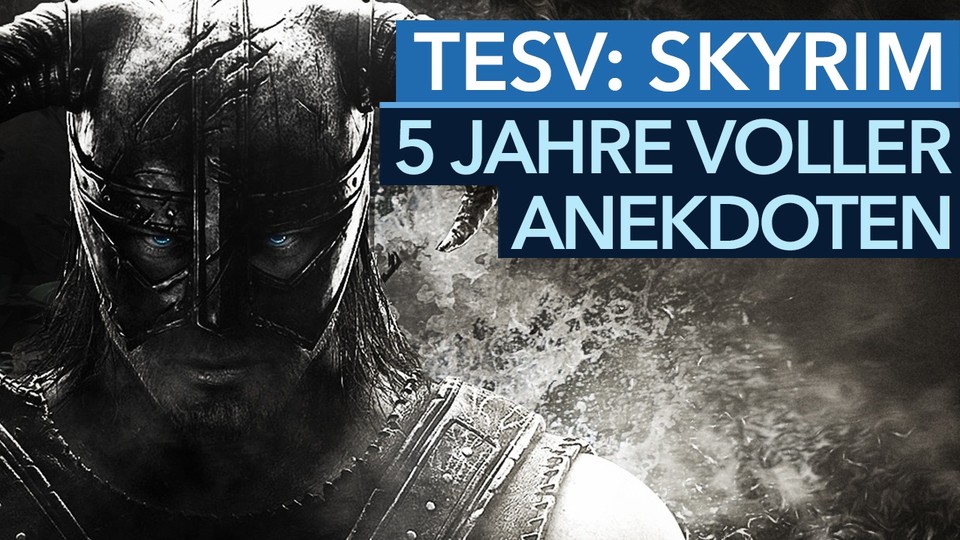 But that's not all: Even if you give yourself the main story, in Vvardenfell you can see how closely the legend of Nerevarine is linked to the culture of the country - from the small tribe of nomadic ash elves to the tribunal gods, the once fought side by side with the real Nerevar: everyone speaks in their own way of this legendary warrior whose rebirth I must become to save the land. The ordinators (quasi inquisitors) even wear helmets that are modeled on the guy I'm supposed to be (yes, confusing).

As with The Lord of the Rings, Vvardenfell's string pullers are ancient creatures who fought against and with one another countless years ago. Morrowind connects the game world, story, characters and my mission in an extremely cool way. You have to have a feel for them, of course, because the majority of them are staged rather lame, but hey: It's all in there.

Now you might be wondering what the Halley is trying to achieve with his nostalgic drivel. It's simple: Pay close attention to Morrowind for the upcoming anniversary. Nowadays, games are quickly forgotten because so many new things are simply being thrown onto the market. Many kids know Skyrim, but have never heard of the sometimes terrific predecessors.

My appeal: give Morrowind a chance (again). The game can be experienced with a few handy mods on modern machines in a handsome look, it does (hopefully my reasons have illustrated) a lot better than the also ingenious Skyrim. Even if you see it differently (that's your right!), Vvardenfell is at least a great addition to what you learned to love in Skyrim. And I insist: mud striders are cooler than horses!

A remake of Morrowind: Skywind makes it possible 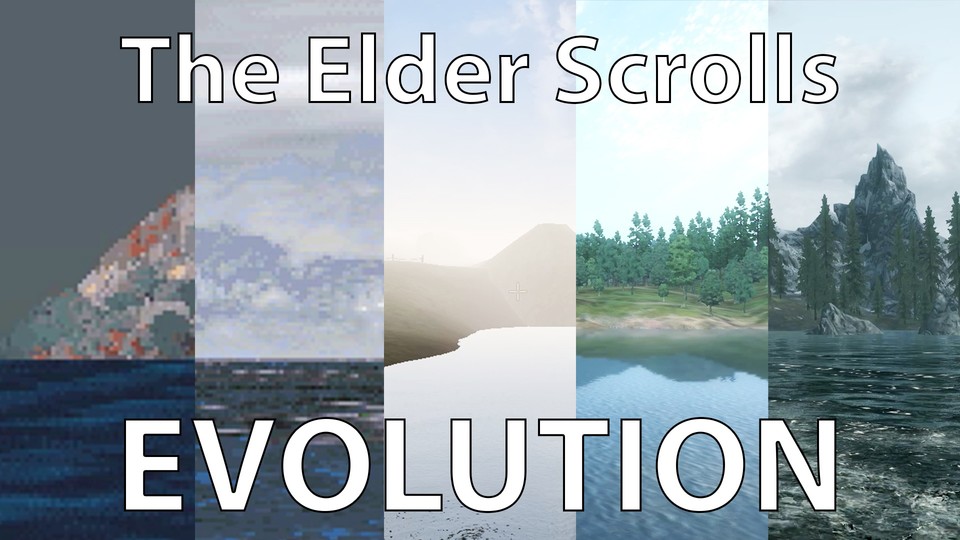