Why is Picasso such a celebrated artist

From Renoir to Picasso - artists of the École de Paris 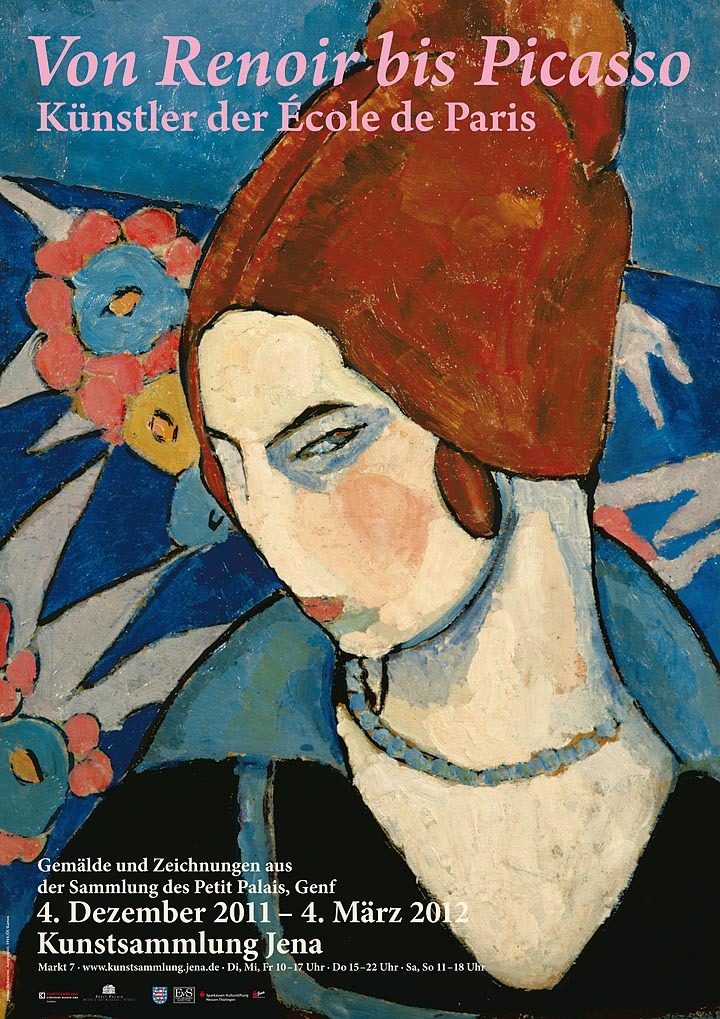 The collection of the Musée du Petit Palais provides, like hardly any other European collection, a comprehensive overview of the diversity and wealth of artistic creation in Paris from Impressionism to the École de Paris. The selection made for this exhibition attempts to depict the legendary years of the artist districts of Montmartre and Montparnasse.

The focus was not only on the artistic strategies and the diversity of the pictorial means, but also on the artists themselves, their origins and their affiliation to certain groups. The exhibition would like to present the polyphonic life of these years and also include the artists and their fates.

The paintings by the artists of the École de Paris are now among the most admired works of art in public and private collections worldwide. Countless reproductions have anchored many of these images and their formal language so firmly in our memory that they are valued and respected by many as an important part of our cultural heritage. In the decades before and after 1900, Paris was the world capital of art. Visual artists from numerous countries gathered here and developed, together with the French painters, from impressionism to abstract painting, the main artistic directions of modernism. At the beginning it was mainly French painters who broke away from the academic style of painting that was celebrated in the great Parisian salons, but later more and more artists from other countries came along and brought their skills and roots to the table. The Impressionists' first exhibition took place in 1874 in the studio of the Parisian photographer Nadar on the Boulevard des Capucines. In contrast to other schools, the École de Paris describes neither a uniform style nor a programmatically linked community of artists. It denotes the entirety of the artists working in Paris at the time.

In this melting pot of nations, bright, bright colors and short brushstrokes revolutionized art and often shocked audiences. Man and landscape were no longer considered the God-given measure of all things and the artist's chosen motif took the place of the tempered composition. The painters looked for the causes of seeing, for a new form of seeing in light, in which everything is made up of parts and the artist's personal excitement determines the form. They discovered movement, tried to give space to vibrations, overcame fixed geometries and linear thinking - and made the findings of the natural sciences their own. A little later things were broken down into individual color points, and almost abstract, vibrating surfaces were invented in which the colors only mix in the eye of the beholder at a certain distance and add to the picture. In this way one challenged the viewer and forced him to see more actively.

Many of the artists are now among the heroes of classical modernism, others, also once influential, have been forgotten - and yet it was all in common who were involved in the most fascinating epoch in modern art history to this day. The Musée du Petit Palais in Geneva houses one of the most important European art collections with its extensive holdings of French paintings, sculptures and graphic works. The focus of the collection is on French painting from 1870 to 1930, works by the Impressionists, Post- and Neo-Impressionists, the Nabis, Fauves, Cubists and by representatives of the École de Paris. In addition to paintings by famous artists such as Marc Chagall, Pablo Picasso, Auguste Renoir and Maurice Utrillo, the collection also contains work complexes by Auguste Chabaud, Kees van Dongen, Moïse Kisling, Théophile Alexandre Steinlen, Suzanne Valadon, Louis Valtat and other artists from their environment . Some of these artists are little known in Germany due to their lack of presence in German collections, but they are highly valued internationally.

The exhibition would like to present the polyphonic life of these years and also include the artists and their fates. The Musée du Petit Palais is making 96 works available for the exhibition and is thus cooperating with the Jena Art Collection in an advantageous manner for the second time. A catalog with images of all the works on display will be published for the exhibition.