Which olive oil to use

Extra virgin olive oil for 2.99 euros per 0.75 liter bottle? Congratulations, a bargain, grab it quickly. Or not? As with wine, the rule also applies here that not everything that is cheap is good. Finding a reasonably high quality oil for less than 7 euros is like looking for a needle in a haystack. Pure coincidence, and there are no such things on the shelves of supermarkets or discounters.

Extra virgin olive oil or extra virgin / extra virgin was once considered a special mark of quality. Until the EU bureaucracy, for whatever reason, decided to drastically water down the term. “Extra virgin olive oil” can now contain up to 0.8 percent free fatty acids, among other things. A really good olive oil should contain no more than 0.4 percent free fatty acids. And that is usually only possible if the olives have been treated carefully between harvest and processing and processed as quickly as possible.

Cheap oils, on the other hand, usually have a higher fatty acid content and can legally be mixed from olive oils of various qualities and origins. Therefore, if you want to buy such oils, it is always worth taking a look at the back label. There information such as “mixture of olive oils from Greece and Italy” or “from olives from different growing areas of the EU-Mediterranean area” can provide an indication of the origin.

Over 4,000 wines in the assortment of the Weinclub.com online shop

In any case, you should make sure that the label also says cold-pressed or cold-extracted. This means that the processing temperature did not exceed 27 ° Celsius. At temperatures above this, on the one hand, the quality of the olive oil suffers because chemical processes then set in that change the taste of the oil. On the other hand, valuable ingredients are then lost. So better hands off cheap oil.

There are currently around 850 million olive trees worldwide, with a focus on the Mediterranean region. On average, an olive tree carries around 20 kilograms of olives per year, which corresponds to around 3 to 4 liters of olive oil. Whether you buy olive oil from Italy, Greece, Spain, Portugal or from other countries is a matter of taste. Because today there are over 350 different types of olives. And as with wine, it is not just the variety that matters, but also, for example, the location, the climate and the degree of ripeness. In addition, a number of oils are cuvées from different types. 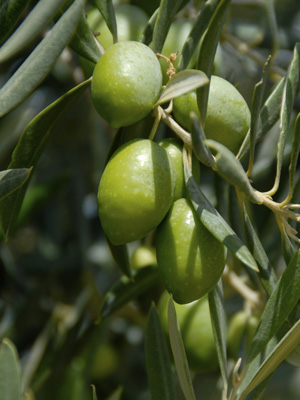 The sorts Lavagnina, Lizona, Mortino or Razzolathat grow mostly in Liguria are rather fruity, the variety Taggiasca on the other hand, it is more delicate with a sweetish-delicate taste. Tuscan olive oil, for example from the varieties Frantoio, Leccino or Moraiolo are rather fruity, a bit bitter and taste like green fruits. If, on the other hand, the fruits were harvested a little later, they are rounder in taste and have a lower bitter content.

Sicilian varieties like Biancolilla and Necellara del Belice in turn, present themselves with a more intense and fresh olive taste.

The most famous Greek varieties are called Koroneiki, Kalamata, Manaki and Mastoidis Lakonia. Oils with a medium-strong fruitiness and a more or less intense bitter almond tone are obtained from them. Arbequina, Carrasquenha, Galega and Rendondil are common in Portugal. The oils taste fruity and mostly slightly nutty.

The largest European olive oil producer, however, is Spain. The fruity, velvety one Cornicabrareminiscent of grass and almonds Hojiblanca, the strong, bitter almond-like Lechin de Seville, the dark to slightly sweet and cassis scented Picual and the fruity-fresh, delicately sweet one Verdial grow mainly in Andalusia.

The varieties are widespread in Catalonia Arbequinawith a taste of green tomatoes and artichokes, the fruity, sweeter one Empletre and Verdial, also as Morisca known, which supplies fruity-sweet oils without bitter substances.

Olive oil in the kitchen

What is often not known, even the best and most expensive olive oils can be used for braising, stewing, frying or deep-frying. The only difference is that a maximum temperature of 190 ° Celsius should not be exceeded. You can also marinate chicken, meat and fish with olive oil, preferably with the addition of fresh or dried herbs.

And those who prepare fresh pasta should add 1 to 2 tablespoons of oil to the boiling water. This is the best way to prevent the pasta from sticking together. However, it doesn't have to be the most expensive oil.

Now it can happen relatively quickly that even the best olive oil tastes rancid, although the best-before date has not yet been reached. Here are a few tips: Olive oils should always be stored in the dark and at temperatures between 10 ° to 16 ° Celsius. There are times when olive oil becomes flaky when stored in the refrigerator.

Don't worry, it won't cause any loss of quality. But it is advisable to let the oil stand for a while at room temperature so that it becomes liquid again. For marinating, seasoning or salad dressings, olive oils should always be at room temperature, as they will then combine with the other ingredients as quickly as possible.

Buy selected wines from all over the world inexpensively at Weinclub.com

The less oil there is in the bottle, the faster the oil should be used up or transferred to a smaller bottle. Opened bottles must always be closed tightly. The reward is not just excellent taste. Because olive oil contains up to 80 percent of monounsaturated fatty acids, almost no cholesterol, but 12 mg of the important vitamin E per 100 grams of oil. And if you have to count calories, olive oil has an average of 9 kcal. per gram, but now keep your eyes peeled when buying and enjoy your meal.