Will Turkey split up?

In hardly any other country is the coronavirus spreading as rapidly as in Turkey. In the past five days, the number of people infected has doubled, and the Turkish Ministry of Health has already counted over 52,000 cases. In many countries, in the face of such a threat, people move together and express solidarity. But exactly the opposite has occurred in Turkey: The political rifts in the already highly polarized country have intensified in the wake of the pandemic.

The trigger is a donation campaign that has been hotly debated for days. Turkish President Recep Tayyip Erdogan announced at the end of March that it would collect donations for people in need who are suffering from the Corona crisis, motto: "Biz Bize Yeteriz" ("We are enough"). He asked the population to transfer money to a donation account, he himself had already set a good example and donated seven monthly salaries.

For many Turks, the campaign, which is supposed to be an invitation to charity, has a bitter aftertaste. Because it was preceded by Erdogan crushing local donation campaigns in eleven communities. The affected communities are all led by the largest opposition party, the CHP - no coincidence, say critics.

The popular mayors of Ankara and Istanbul were also affected by the ban. And this despite the fact that the donation campaign of Istanbul mayor Ekrem Imamoglu "Together we will do it" and that of his colleague in Ankara, Mansur Yavas ("6 million, one heart"), were extremely successful. Imamoglu announced on Twitter that 6.53 million Turkish Lira (around 887,000 euros) were raised in just one and a half days. 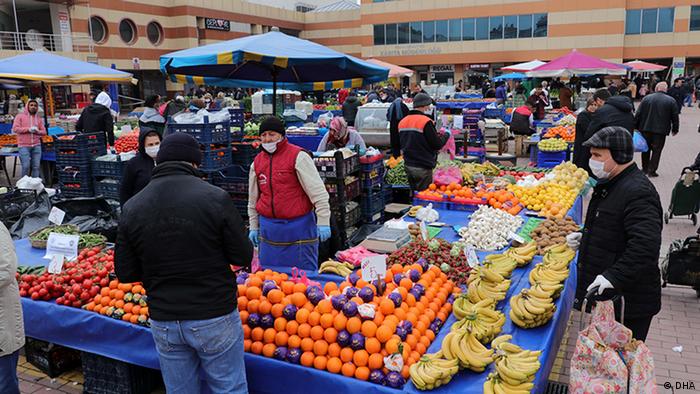 The Turkish Interior Minister Süleyman Soylu immediately frozen the donation accounts, stating that the campaigns were "illegal". According to Law No. 2860, municipalities are not entitled to collect aid money. The Turkish president chose even more drastic words: You don't tolerate a "state within a state", he made clear.

The CHP reacted indignantly and announced a lawsuit against the ban. Numerous lawyers and legal experts rate the Turkish government's actions as unconstitutional. "Article 127 of the Turkish constitution clearly states that the municipalities are subject to their own laws," says lawyer Dogan Erkan from the Institute for Legal Studies (TODAM). The collection of donations by municipalities is legitimate. "The Ministry of the Interior clearly applied the law incorrectly," said Erkan, "or is not familiar with the municipal law."

"Bankruptcy of the welfare state"

Former public prosecutor Ömer Faruk Eminagaoglu complains that the government has not only failed to take efficient measures against the corona virus. It also hampers the work of the communities. "Instead of promoting public health, she is interested in voting right now."

Opposition parties are also unanimously opposed to Erdogan's donation campaign. In times of crisis, they complain that it is normal for governments to distribute financial support instead of collecting additional money from the population. Politicians critical of the government point to countries like Germany, where the economic consequences of the corona crisis are to be cushioned by huge emergency packages.

"The fundraising campaign is a bankruptcy of the welfare state," says CHP MP Ali Seker. "What about the 100 billion lira in the unemployment fund? What about the earthquake tax? What about the proceeds from the many privatizations totaling 70 billion US dollars? Why is this money not available right now?" 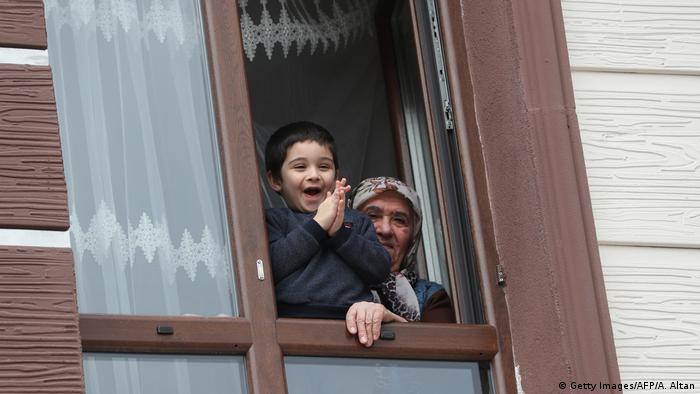 Limited curfew: People up to 20 and over 65 years of age have to stay at home

Aytun Ciray of the IYI party also shows no sympathy for the fundraising campaign, "which is another example of how the state is reaching into the purses of the people". Ciray believes that the government has not earned any donations from the population because it has been wasting public money for years - the building of the pompous presidential palace is a good example.

Obstacles for the newcomers

For many critics, it is also clear that the Turkish government is trying to slow down two popular politicians with its alternative fundraising campaign. The mayors of the two largest Turkish cities, Mansur Yavas and Ekrem Imamoglu, surprisingly won the local elections in April and June 2019. In the corona pandemic, they show themselves to be sovereign crisis managers. Erdogan didn't seem to want to let the two local politicians pre-empt the government with their fundraising campaigns.

Ekrem Imamoglu - already a declared opponent of Erdogan - has been cross with the government in Ankara since the beginning of the Corona crisis. The Mayor of Istanbul is calling for more restrictive measures to prevent the spread of the pandemic in Istanbul. With 60 percent of infections, the Bosporus metropolis is the undisputed corona epicenter of Turkey. Imamoglu has therefore repeatedly called for a curfew for all Istanbul residents, not just exit bans for children, young people and senior citizens as before.

Erdogan refuses, obviously so as not to bring the Turkish economy to a standstill. However, his fundraising campaign indicates that the engine of the economy was no longer running smoothly even before the crisis.