How do planes get their names

The ten largest aircraft in the world

In 1914, in Russia, Igor Sikorsky designed the world's first four-engine bomber. On February 25, 1914, the Ilya Muromets, named after a legendary Russian figure, took off on her maiden flight. Aviation was still in its infancy back then, but with its wingspan of 34.5 meters, Sikorsky's bomber was one of the first giants of the sky - apart from the zeppelins. Over the decades, ever larger aircraft conquered the airspace. Our top 10 hit list shows the machines with the largest span.

Karl Schwarz, deputy editor-in-chief of FLUG REVUE and Sebastian Steinke, editor for civil aviation, talk in our podcast about the largest aircraft in the world: 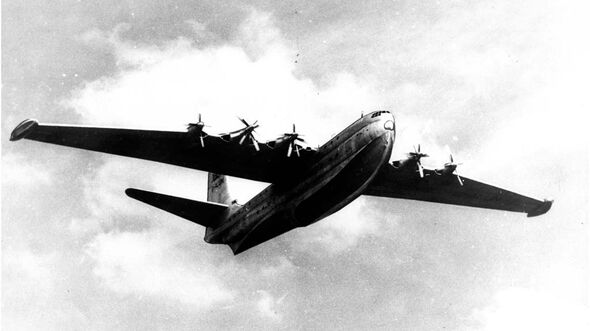 The history of the Saunders-Roe Princess was not very glorious. Despite ambitious plans, the British large flying boat was unsuccessful. With a wingspan of 66.90 meters and a length of over 45 meters, it is nevertheless the largest all-metal flying boat that has ever been built. In regular service, it should offer comfortable space for 105 passengers.

Powered by ten Bristol Proteus 600 turboprop engines, the Princess took off on her maiden flight on August 22, 1952. The first prototype was registered G-ALUN and took about 35 minutes on its maiden flight around the Isle of Wight.

The hallmarks of the SR.45 Princess were its massive double hull with two continuous passenger decks including a pressurized cabin and the special arrangement of the engines. Since it seemed impossible to accommodate the ten motors and propellers in the wings, the eight closest to the fuselage were coupled into pairs of two, each driving a pair of propellers rotating in opposite directions. However, this unusual constellation turned out to be problematic, which is why the development of the SR.45, which had already started shortly after the end of the Second World War, was delayed several times.

When the Princess finally fledged in the summer of 1952, time had already turned against her. The future belonged to the jets - only one of the SR.45 was completed, two more remained unfinished. All three eventually ended up in the junkyard. 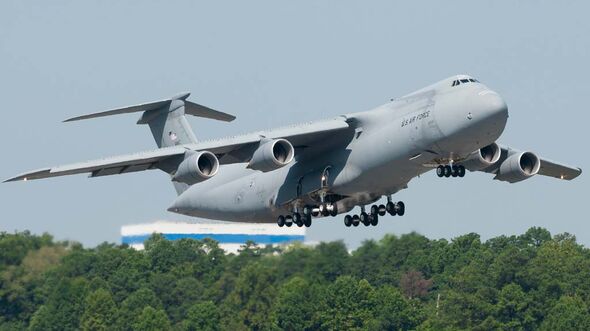 When the Lockheed C-5 Galaxy first took off on June 30, 1968, it was the largest transport aircraft in the world. It only lost this rank in 1982 when it was ousted from the throne by the Antonov 124. The Galaxy emerged from a competition for a new long-haul transporter and replaced the outdated Douglas C-133 Cargomaster in the US Air Force. Of the 131 units built, 52 are still in service today.

Since a successor to the C-5 is far and wide in sight, these 52 aircraft have undergone an extensive modernization program. By the end of September 2018, all still active Galaxies had been converted to the new standard C-5M Super Galaxy. This includes, among other things, new, more economical and quieter engines as well as a modern glass cockpit. In this way, the C-5 should remain operational until at least 2040.

The four CF6 engines give the C-5M 22 percent more thrust, a 30 percent shorter take-off distance and a much better rate of climb. The range and payload have also increased significantly.