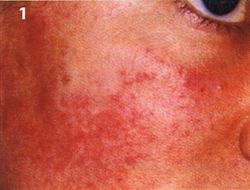 Acne is the predominantly pubertal, androgen-dependent (eunuchs did not have acne) cornification disorder of the seborrheic sebum follicles. It is the most common skin disease and affects around 80% of young people. It is considered a "chronic widespread disease", associated with high psychological suffering, severe impairment of the quality of life and often with psychosocial disorders.

The target organ of acne (Greek: raised peak) are the sebum follicles. They are specific to humans and do not occur in animals. They are numerous on the face and V-shaped in the chest and back area. It is a misconception that poor skin care causes acne. Bacterial lipases, mainly from Propionibacterium acnes, split free fatty acids from glycerides and the inflammation begins. This process is inhibited by antiandrogens, retinoic acids and a zero diet; It is promoted, for example, by androgens such as doping. In the comedones (blackheads) are found sometimes demodex and yeasts such as Malassezia (Fig. 1, small follicular acne in the cheek area). 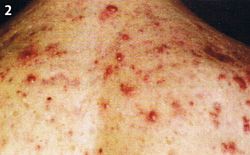 Fig. 2 Patient with body building acne on his back 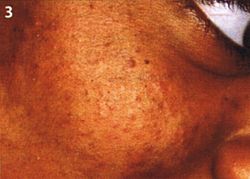 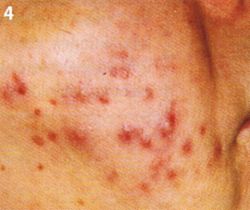 Fig. 5 Fistula on the neck in a patient with acne conglobata 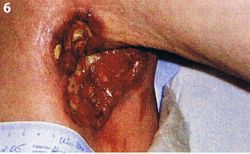 Fig. 6 Acne inversa of the armpit - no smoking!

The blackish discolored tip of the open comedone consists of melanin, which comes from the melanocytes of the sebum follicles. These discolorations are not dirt or oxidized lipids. Dark-skinned people therefore have particularly black (Fig. 3), Albinos on the other hand only light-colored comedones.

Diagnosis without laboratory but with smear

Laboratory values ​​are generally not necessary, except if there is a suspicion of adrenogenital syndrome and inflammatory parameters such as ESR and leukocytes, blood sugar, CRP and zinc. In the case of resistance to therapy, a pustular swab with testing for pathogens and resistance leads to the right choice of antibiotic.

The body building acne (Fig. 2) occurs more and more in male adolescents due to the increasing fitness mania. Supplied androgens stimulate the function of the sebum glands, cause seborrhea and fulminant attacks of acne. Often the androgen source is hidden in the form of doping measures to build muscle mass. Anamnestically, an unusually violent attack of acne occurs for the first time and suddenly without previous acne at a slightly older age.

Acne comedonica (Fig. 4): Shortly after puberty, small centrofacial comedones develop, which Dr. Michael Schnicke "Laboratory values ​​are not necessary for acne diagnostics." Extend quickly and far to the face and the upper part of the torso. Inflammatory converted comedones with papules and pustules are in the foreground. As the inflammation spreads, painful lumps develop. There is a risk of scarring. The course is unpredictable over the years.

Acne conglobata (Fig. 5) Abscessing fistulas are typical of the severe course of acne conglobata. The main predilection sites are the cheeks and the lower jaw margin. They are bead-shaped, fluctuating, subcutaneous strands up to 10 cm long with numerous fistula openings on the surface of the skin, which can easily be traced with a metal probe. Often there is a labyrinthine duct system with a poor healing tendency that can suddenly exacerbate at any time.

Therapy for acne: reaching into the treatment drawers

The primary goal of treatment is to reduce the bacterial population in the sebum follicles and inhibit bacterial lipase production. In practice, you proceed according to the stage and open the "treatment drawers" one after the other.

Step 1: strong reduction of bacterial species with e.g. benzoyl peroxide (BPO, e.g. Cordes® BPO 3%, 5% and 10% or PanOxyl® W emulsion). BPO works faster and stronger than an antibiotic within a few days by releasing free oxygen radicals. No bacterial resistance develops. Side effects are light stinging and bleaching of hair and textiles.

Level 5: Systemic antibiotics. Without this option, acne therapy is hardly conceivable for many patients. I prefer minocycline because it is better tolerated and because of the lack of photosensitization compared to doxycycline. It is the first choice tetracycline. Initially 2 x 50 mg per day, then tapered off according to the findings. If the tolerance is good, the development of resistance is rare; however, a topical combination with topical retinoids and especially benzoyl peroxide should be used. Principle: Topical and systemic antibiotics should not possible be combinedin order to avoid an increased development of resistance.

Level 6: Isotretinoin. Treatment with 13-cis retinoic acid is the only oral retinoid treatment for acne therapy and should be carried out by an experienced doctor or dermatologist. It is the most effective acne therapeutic agent and has revolutionized the hard-to-treat forms of acne.

The myth of the acne diet

There is no special acne diet, but in difficult cases it is advisable to test the food and preservatives. Generally to avoid are: marzipan, bacon, smoked meat, too much spices, fat cheese, all nuts, cola drinks, too much coffee and fast food.

Fig. 7 and 8 Cheek of a young acne patient before and after treatment with isotretionin

Isotretinoin has a comedolytic and anti-inflammatory effect, reduces bacterial growth and is extremely sebum suppressive. It is the most effective therapy, as it is in this young person after months of treatment (Fig. 7 and 8). Overdosing can lead to side effects such as dry conjunctiva and lips, nosebleeds and muscle discomfort. Under no circumstances combine with tetracycline, doxcycline or minocycline because of the risk of increased intracranial pressure! The combination with retinoids can lead to side effects comparable to hypervitaminosis A.

UV light has an effect: Patients confirm the improvement in their acne during the sunny season or under photodynamic therapy with high-intensity visible light. Both lead to the destruction of the propionibacteria. Use a maximum of twice a week.