Which is the best Turkish TV series

Around 15 years ago, Turkey had just launched its first satellite TV station and was able to broadcast worldwide. A popular series genre called Dizi was born, appealing to viewers in the Middle East who yearned to see stories closer to them than soap operas from Mexico, the United States, or South Korea.

Many of the 200 million households with televisions in the Middle East happily welcomed the extremely handsome and insanely romantic new Turkish series heroes. They were dubbed Arabic, had Arabic names, and the plot was related to Islam.

The popular Turkish Dizi exports combine connectable stories, spectacular outdoor shoots and recognizable theme songs. The lavishly produced and up to two hours long daily episodes revolve around love stories, arranged marriages, large families, patriarchy and struggles in the name of justice. But there is more to their success.

On the one hand, the Dizis have passed the control of the Turkish censorship authority and are therefore free of "scenes that are considered obscene and contrary to moral values". This includes visible nudity, acts of love, and kisses with tongue, while fighting, violence, and guns are classified as "safe". 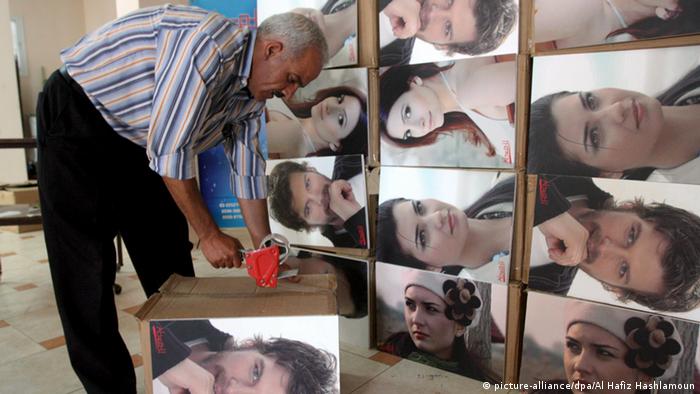 Also popular in Palestine - pictures of the series heroes from "Noor" in a factory in Hebron in the West Bank, 2008

Second, the episodes are dubbed instead of subtitled - in the Syrian dialect, which most Arabs understand better than Fusha, the standard Arabic. The telenovelas from Mexico, the USA and South Korea, which had been widespread in the Arab world up to that point, were synchronized in Fusha.

And thirdly, Dizis are easy to work with and perceive as Arabic fabrics. As early as 2007, the largest television station in the Arab world, the Saudi Middle East Broadcasting Center (MBC), bought the Turkish production "Gümüş" and renamed it "Noor". He landed his first major success when 92 million viewers followed the love story of the title heroine Noor and Mohannad (Turkish: Mehmet).

Shortly thereafter, the soap "1001 Nights" followed, which was sold in almost 80 countries, and "The glorious century", a monumental series about the life and love of Sultan Suleiman I, the Glorious. "More than 500 million people worldwide" have seen the consequences, Izzet Pinto, founder of the Global Agency in Istanbul, which sells the Dizi, told DW. As a result, the number of Arab tourists in Istanbul soared and Turkish influence increased.

In April 2020, shortly before the start of Ramadan, Pakistan's Prime Minister Imran Khan announced that the state television broadcaster PTV would broadcast Resurrection: Ertuğrul, a series similar to "Game of Thrones" dubbed in Urdu. As a result, the popularity of Turkish President Recep Tayyip Erdoğan in Pakistan grew significantly. "An Islamist Turkey has become the model for Pakistan," James M. Dorsey from the S. Rajaratnam School of International Studies in Singapore told DW. 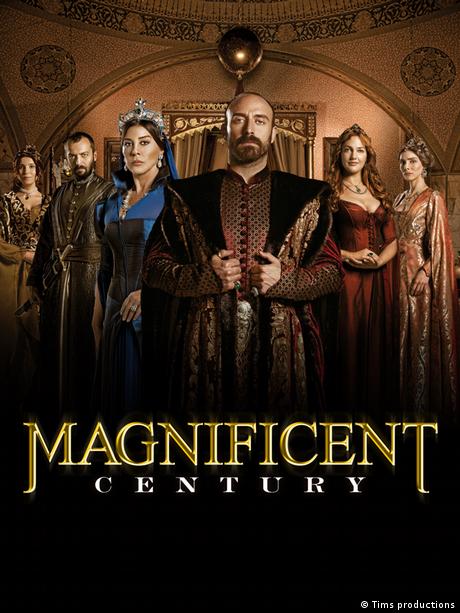 "The Glorious Century" is a Turkish historical drama series

"Resurrection" is currently an exception because new regulations prohibit film dubbing in order to protect Pakistani material. "Now the Turkish Dizis are subtitled and the ratings are falling," says Izzet Pinto. Five years ago, the Turkish TV industry in the Middle East was making about $ 80 million annually. In 2020 it was only around $ 15 million. "Until 2018, that was our best export market," said Izzet Pinto. "Now there is an unofficial boycott and revenue has dropped 80 percent."

Many large buyers also withdrew after the government of Saudi Arabia and the TV broadcaster MBC stopped buying Turkish dizis in March 2018. The Saudi Grand Mufti, Sheikh Abdulaziz al-Sheikh, had previously described the soap opera "Noor" as "anti-Islamic" and "subversive" and claimed that the TV channels it broadcast were "enemies of God and his Prophet".

Another market that the Dizis have lost is Egypt. Turkish television was banned there after the military coup against President Mohammed Morsi because Erdoğan was on his side. Support from the Muslim Brotherhood and other Islamist movements still serves as the main argument against Turkey and the broadcast of Turkish productions.

Despite the setbacks in Saudi Arabia and Egypt, Turkey can continue to successfully export its Dizis and thus its worldview via US streaming platforms such as YouTube, Netflix and Starzplay, via the Saudi MBC and OSN from Dubai.

The rivals also want to jump on the trend: The series "Kingdom of Fire", broadcast since November 2019, is financed with 40 million US dollars by the governments of Saudi Arabia and the United Arab Emirates. The plot is the counterpart of Resurrection: Ertuğrul, depicting the Ottomans as "tyrannical occupiers who devastated the Arab world for centuries," according to MBC.

The historical drama takes place in the 16th century, when the Ottoman Empire under Sultan Selim I conquered the Mamluk dynasty in Egypt. Although this struggle is history, a new generation of Saudi filmmakers could take it up again as a struggle for influence in the coming years: Saudi Arabia's Crown Prince Mohammed bin Salman has announced that it will invest US $ 64 billion in the country's entertainment sector over the next decade .