Boeing 777 or: When engines disintegrate

The long blades are made of titanium, the hardest metal available. They are in the shape of swords in order to direct as much air as possible into the turbines as efficiently as possible, which is then heated and generates propulsion. Some types have hollow titanium blades on the inside to save weight. The tips of the engine blades, depending on the engine type and aircraft class, there are around 22 to 38 on an engine, rotate at the inlet at more than supersonic speed.

Especially when taking off, the huge high-tech units of modern wide-body aircraft run to the limit in order to get a takeoff weight of 250 tons and more into the air with maximum performance. In this most critical phase of the flight, there were two significant incidents on Saturday, one in Europe and the other in the USA. First, a 30-year-old Boeing 747-400 in the cargo version took off in Maastricht, the Netherlands, for a flight to New York. 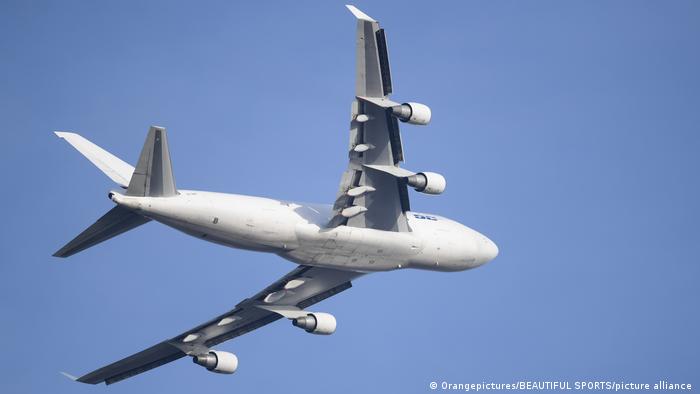 As soon as it was in the air, there was an explosion on the far left of the four engines. At the rear, broken turbine blades flew out of the turbine and easily injured an elderly woman and a child on the ground. That was luck in misfortune, because the sharp-edged metal parts pierced like knives vertically into some of the cars parked in the suburb of Meerssen. The crew explained the emergency, turned holding loops and let the fuel off before they could safely make an emergency landing in neighboring Liège, Belgium, after about an hour. The Dutch Aircraft Accident Investigation Authority DSB is currently investigating the cause and the exact circumstances of the incident. 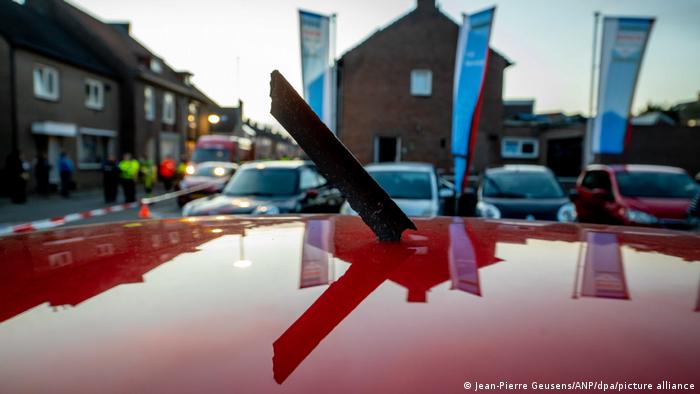 The affected PW4056 engine comes from the manufacturer Pratt & Whitney in the USA, one of the world market leaders for aircraft engines, and was developed in the mid-1980s. The PW4000 family is one of the most important basic types for the propulsion of commercial aircraft, to date well over 2500 have been produced. Certain airlines have PW4000 engines on the wings of such different types as the Airbus A330 (but not the ones flying at Lufthansa) or the Boeing variants 777, 767 and 747-400.

Not a Boeing problem at first sight 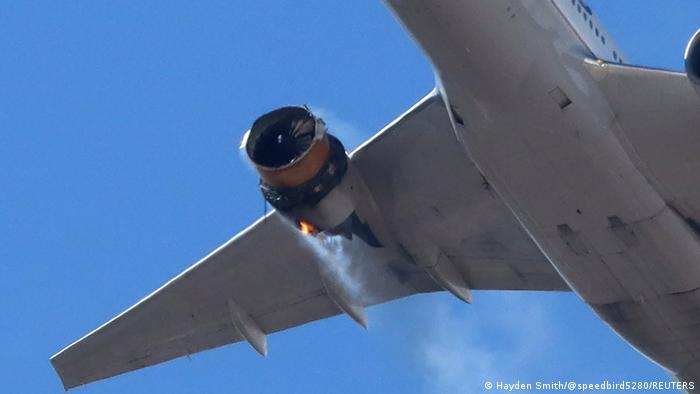 The destroyed and burning engine of United's Boeing 777

Especially when two normally rare incidents occur on Boeing aircraft in one day - and dramatic videos and photos spread worldwide via social media. On Saturday afternoon local time, United Airlines flight UA328 took off with 229 passengers and ten crew members on board for the flight from Denver to Honolulu, Hawaii. Shortly after take-off, there was an explosive engine failure of the right of both engines, also of the type PW4077 from Pratt & Whitney. First of all, the huge, ring-shaped air inlet of the engine cowling, a good three meters in diameter, fell into a front yard, fortunately nobody was injured. Videos also show other metal parts of the engine cowling staggering ominously from the sky, which hit a soccer field without causing any damage.

Meanwhile, the passengers on flight UA328 were faced with a dramatic sight: the badly plucked turbine without cladding, which was clearly missing two blades at the front, was turning in the wind, while flames licked at the outlet at the rear, and the whole aircraft vibrated at the same time. Here, too, the crew explained Mayday, an emergency. However, the redundancy and extreme shielding of engines built into all aircraft systems seemed to have worked perfectly in this case. Just as the crew dealt with the emergency often practiced in the simulator in a textbook manner.

Such engine explosions can lead to dangerous debris escaping if broken blades and debris such as projectiles hit the fuselage and wings and, in the worst case, paralyze vital aircraft functions. Like with Qantas flight QF32 in November 2010, when an engine explosion damaged an Airbus A380 so badly that the later successful emergency landing was at times on the knife's edge.

At UA328 on Saturday it appeared that the high-strength Kevlar protective cover had held around the engine and prevented the dreaded escape of debris. The aircraft was still fully maneuverable and was able to make an emergency landing in Denver 23 minutes after take-off, no one on board or on the ground was damaged.

However, an examination of the fuselage revealed that the occupants were probably more lucky than initially assumed: A piece of debris from the engine had torn a large hole below the wing root. And only a few centimeters from the full main tanks in the wing. The American transport safety authority NTSB has meanwhile announced its first investigation results.

Accordingly, one of the blades on the suspension has broken off, apparently due to material fatigue that has already occurred in earlier cases in the case of internally hollow titanium blades. The neighboring one broke in the middle, and the investigators found a part of the scoop embedded in the outer Kevlar shell. The PW4077 engine type is found on early aircraft of the 777 series from the mid-1990s, the 777 now affected has been flying since 1995. It was only in December 2020 that a similar incident occurred on a 777-200 operated by Japan Airlines, almost exactly three ago Years also on a sister machine of the now damaged 777 from United Airlines.

The US aviation authority FAA has now a factual grounding for the type by ordering stricter inspections on Sunday: "These should be reinforced for the hollow engine blades that only fly in this engine variant and only in the Boeing 777," explained FAA- Chef Steve Dickson. In addition to United in the USA, only Japan Airlines (JAL) and ANA in Japan and Korean Air in South Korea operate the 777 model concerned. A total of 69 were last still in active operation, another 59 were already shut down due to the pandemic. All of them are currently no longer allowed to fly, and it is to be expected that many of them will no longer return to regular service because of the corona-related collapse in traffic.