This project examines the development and political mobilization of a Kashmiri diaspora in Great Britain. The focus of interest is on the transnational politics of British Kashmiris and their political commitments within Great Britain.

Kashmiris in the United Kingdom come predominantly from Azad Kashmir, one of the two parts of the former princely state of Jammu and Kashmir, which are now controlled by Pakistan. Kashmiris from the Mirpur region in the south of what is now Azad Kashmir began to migrate to England even before World War II. When British industry became short of workers after the end of the war, immigration from the region rose sharply. Processes of chain migration have led to the fact that today a large part of the population of cities and towns such as Mirpur, Dodiyal or Kotli are settled in England. In England, Kashmiris settled relatively concentrated in the West Midlands (especially in Birmingham), in Greater London (especially Luton), in West Yorkshire (Bradford, Leeds), and in the Manchester area. 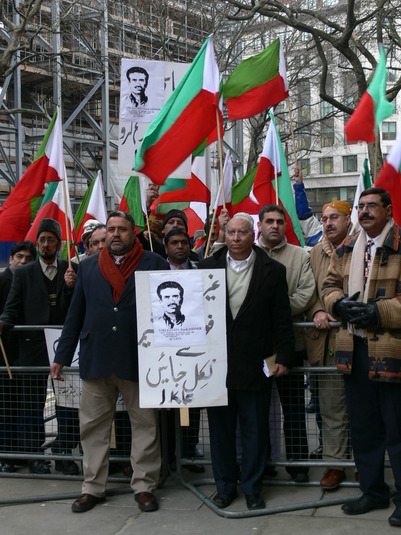 Since Kashmir is not recognized as a state and the British Kashmiris traveled to Great Britain via Pakistan, they were registered and perceived as Pakistani there, also as a result of immigration controls. Kashmiris have been politically active in Great Britain since the 1960s, initially mainly in relation to Azad Kashmir and Pakistan. Among other things, the Jammu and Kashmir Liberation Front (JKLF), which played a central role in the beginning of the uprising in Indian-controlled Kashmir in 1989, was founded in Birmingham. Kashmiris have also been involved in local English politics since the late 1980s. Since the mid-1990s, Kashmiris have been campaigning to be recognized as an independent ethnic group in the multiculturalist system of Great Britain and not subsumed under Pakistanis. While these efforts were successful at the local level in numerous cities such as Bradford, Birmingham, Manschester, Rochdale or Leeds, recognition at the national level has not yet been implemented. At the moment the Kashmiri National Identity Campaign the separate performance of the Kashmiris as part of the next UK census in 2011.

On the basis of field research in England (especially in Birmingham, Bradford, Manchester and London), in Pakistan and Azad Kashmir as well as in Indian Kashmir, the project examines various forms of political engagement by Kashmiris in Great Britain and in the transnational space between Europe and Kashmir. The research is funded by the Wenner-Gren Foundation.

Publication from the project: