What are the causes of teenage rebellion?

Youngsters who break the rules are not the same as anarchists. What they need are limits. Barriers should make sense. And parents should be able to keep them. 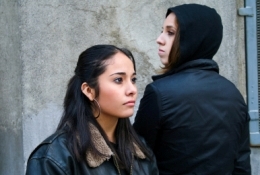 Bellare. A Latin verb on which the term "rebel" is based. It means to fight, to be at war. Youngsters on the paths of Che Guevara? The potential for rebellion among young people usually does not go that far. You don't take up arms right away. Normal conflicts and minor rebellion between parents and children are more commonplace. The offspring in the rebellion break rules, provoke conflicts and cross borders. Examples of rebellion and conflict: The room is never tidy. Despite daily requests. Or, time and again, the child comes home from a party later than agreed. Why do young people break rules, solve conflicts and do rebellions go wrong?

Research into the causes of conflict and rebellion

Parents should first seek in themselves the reasons for the conflict and airs of their children's rebellion. You cannot expect your child to obey rules that you do not believe in yourself. You should know which teen behavior is acceptable to you and which is not. Often, parenting measures are in complete contradiction to the message they are sending to the young person. The tone of voice, facial expressions and gestures do not match the words of the parents. "Okay, I'll be home by three tonight," the worried mother tells her 15-year-old daughter. She speaks reproachfully. She feels uncomfortable.

On the one hand, she doesn't want her child to be outside late at night. On the other hand, she doesn't want to appear narrow-minded. Because her own parents were stuffy enough. Ultimately, however, parents should carefully consider which feelings predominate when setting boundaries. Should certain behaviors be tolerated for image reasons? Just so that it doesn't appear “uncool”? Or are some of the child's behavior and conflicts deep down at all intolerable?

The lack of any clearly formulated rules has consequences. And these consequences usually end in rebellion. It is the children who then lead and lead parents, instead of the other way around. The offspring realizes that the legal guardians can be manipulated and increase the rebellion and new conflicts. Parents are no longer taken seriously. The child no longer has a clear caregiver. This rebellion and conflict make it unsafe. And cannot properly judge what is allowed or prohibited.

Rules are important for your offspring. Especially when they are persistently broken in rebellion and conflict. Children perceive rules and boundaries as positive affection. In discussing boundaries and rules without rebellion, they find that they are looked after by their parents. In order to establish clear rules for your child, you can make a few considerations in advance. Find out which behavior and which conflicts are bothering you and which you want to turn off. Which behavior you can and cannot endure. Think about it: Which fixed rules could make your everyday life more relaxed and without conflicts? Without having to constantly complain about wrongdoing, conflicts and rebellion of their child.

Setting up rules is not difficult. However, it will not always be easy for your child to adhere to the rules and not go into rebellion or seek conflict. In order to moderate your child, your own self-discipline is also required. For example, if your own study is in chronic chaos, you can't expect your scion to not tidy up the desk. Also, make sure that you use the right words to talk to your child and that you communicate your concerns clearly without much conflict. For example, you should not disguise the message, “I need a little time for myself now” with a vague phrase such as “Go outside”.