How did Halloween develop in Australia

Halloween is also celebrated in Australia .. by no means to the same extent as in the USA .. 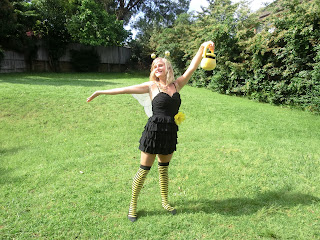 Now the only big question was - what am I dressing up as ?!

I know what a great idea .. and I was by far the coolest bee in all of Australia ..

It took me 4 hours to find all the utensils .. that was a long search .. but it paid off and Seetha decorated me with a bee :) 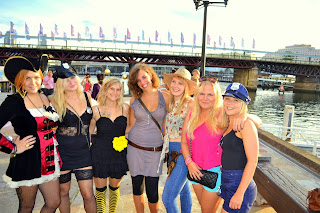 At 19
Then we started our ship in Darling Harbor. The drinks weren't too expensive and the atmosphere was great and Sydney is a dream at night .. 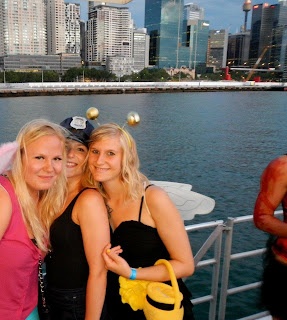 Of course everyone was disguised which made the party so special :) Afterwards there was an after party in a well-known club .. It was also quite nice there .. At 4 o'clock in the morning the Halloween magic was over again :)

But that's not all about Halloween .. 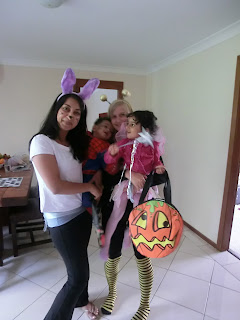 There was also a celebration in the Dodd house :)

For the first time the kids could go from house to house .. Trick or Treat .. Nikhita was excited all day and practiced her sentence well ..

the costumes were awesome too. Nikhita was a fairy and Jai was Spiderman .. :)

After the arrival of Seetha we started. 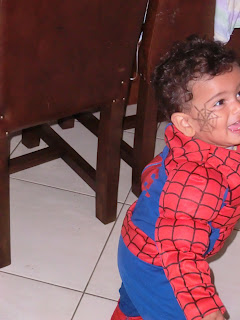 The first houses were a disaster, nobody opened us and a very, very old man opened one house. Then we apologized and left immediately. Most of them weren't prepared for children and then brought some old biscuit. :)

Luckily we have neighbors and some friends nearby: D and so Nikhita was happy about a sack full of sweets ..

Ps .: We were prepared for children, but unfortunately nobody came :( as I then found out, there were children on the way .. well .. now all the chocolate belongs to me .. hihi ..: D