What is useful about the aircraft

Wing tip discharges: this phenomenon could be useful

Corona discharges are possible harbingers of lightning strikes. US researchers found that as a floating object, wings behave differently than expected - that could be very useful. 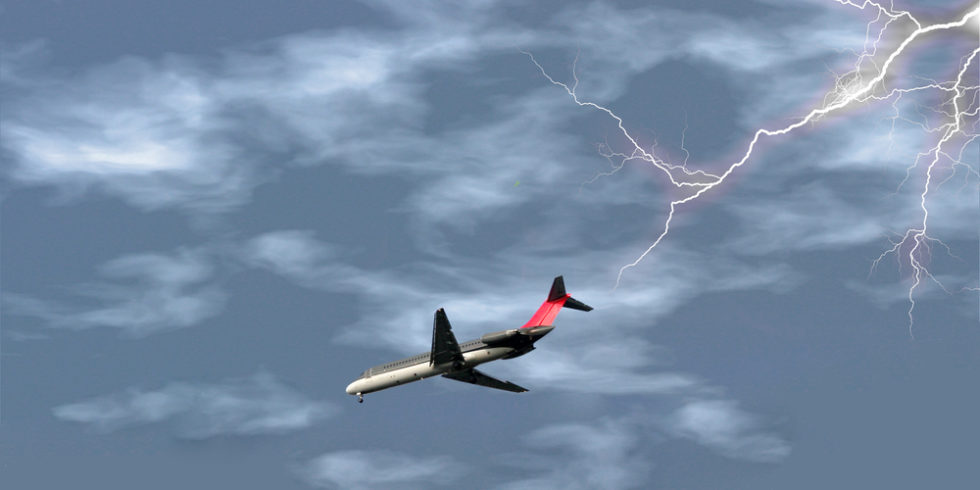 Researchers at MIT have investigated how the risk of lightning strikes in aircraft can be reduced.

For centuries, seafarers have known the Elmsfire as a harbinger of a thunderstorm. With electrical field strengths of more than 100 kV / m, continuous discharges occur on tall objects such as ship masts. Pilots also observe the phenomenon: if their aircraft crosses a thunderstorm front, such corona discharges form at the ends of the wings or on the windshield. They are seen as harbingers of a lightning strike. Airplanes are well protected as Faraday cages - the on-board electronics also usually successfully ward off overvoltages - but devices can still fail.

Up until now it was known that a corona discharge can intensify when there is wind. Now aerospace engineers at the Massachusetts Institute of Technology (MIT) have found that air currents have the opposite effect on ungrounded objects like airplanes. The corona discharge becomes weaker the stronger the wind is.

The thundercloud from a physical point of view

Background: Within a thundercloud, friction can lead to the generation of additional electrons. A field is created that can reach down to the ground. If this field is strong enough, it can ionize surrounding air molecules and turn neutral air into a charged gas or plasma. This process occurs most often around sharp, conductive objects such as wing tips, as these pointed structures tend to focus the electric field.

As soon as a plasma has formed, molecules inside the plasma begin to glow through the process of corona discharge, whereby excess electrons in the electric field collide with the molecules and put them into excited states. In order to return to their basic state, the molecules emit a photon with a wavelength that corresponds to the characteristic bluish glow of the Elm fire for oxygen and nitrogen.

In previous laboratory experiments, the scientists found that this glow and the energy of a corona discharge increase in the presence of wind. A strong gust can blow away positively charged ions, which locally shield the electric field and reduce its effect. These experiments were mostly carried out with electrically grounded structures. The MIT team now wondered if this also applies to ungrounded structures such as the wings of an airplane.

Experiments in the wind tunnel

To test their hypothesis, the engineers built a simple wing structure out of wood and wrapped their construction in aluminum foil so that the model would be electrically conductive. Instead of generating an electrical ambient field like in a thunderstorm, which would have been quite time-consuming, the engineers worked with an alternative structure. They created the corona discharge with a metal wire that ran parallel to the length of the wing and was connected to a high voltage source between the wire and the wing. They attached the wing to a base made of an insulating material to make it ungrounded. The entire structure was placed in the wind tunnel at wind speeds of up to 50 meters per second. The researchers also changed the tension on the wire. All luminous phenomena were recorded by camera. Your result is surprising. Because the strength of the corona discharge and the resulting brightness decreased with increasing wind - in contrast to grounded structures.

From the laboratory to the application

"The exciting thing about this study is that in the course of the experiment we actually discovered that the classic theories of corona discharge in the wind do not apply to aircraft that are electrically isolated from their surroundings," says Carmen Guerra-Garcia together. She is assistant professor of aerospace at MIT.

The project was partly financed by Boeing, which allows conclusions to be drawn about its practical relevance. Pilots always try to avoid thunderstorms. Extensive technical aids are available for this purpose. If they do not succeed, however, further technical measures could help to minimize the risk of lightning strikes. At the same time, the air flow generated by planes could also be used to control corona discharges. The first experiments do not allow any detailed conclusions to be drawn about aircraft; the laboratory model is greatly simplified. The researchers also know from previous experiments that the surface of an aircraft could be charged negatively in order to neutralize positive charge carriers and reduce the risk of lightning strikes.