What are the east coast states

On the windy east coast, the six US states of New York, Massachusetts, Connecticut, New Jersey, Maryland and Virginia have set new goals for the development of offshore wind farms with a total capacity of 25.4 gigawatts (GW). The goals are to be realized between the years 2026 and 2035.

Just recently, the state of New Jersey announced a doubling of the offshore wind energy target from 3.5 GW by 2030 to 7.5 GW by 2035. Only New York will surpass this target, with the state planning tenders for 9 GW by 2035. In September, Virginia announced a target of 2.5 GW by 2026. These are ambitious plans against the background that to date only one offshore wind farm is in operation in the USA. This is the “Block Island” wind farm off Rhode Island.

But even these targets do not even begin to encompass the full potential of the wind resources on the east coast of the USA. According to the NREL (US National Renewable Energy Laboratory), the east coast states have enormous net capacities of around 494 GW in water depths of up to a maximum of 60 meters. North Carolina has the highest potential with 96 GW, followed by Massachusetts with 83 GW.

The wind potential on the US east coast

Assessment of the potential

Even if other states have not yet set any expansion targets, overall interest is growing. On the one hand because of the climate-friendly energy that the energy source can offer, on the other hand because of possible jobs along the developing supply chain of offshore wind energy.

In November, Maine approved its first offshore wind project with a maximum output of 12 megawatts (MW), although the state had only lifted the permit ban on wind energy projects earlier this year. In the state of North Carolina, however, Governor Roy Cooper approved an analysis of the offshore wind potential. 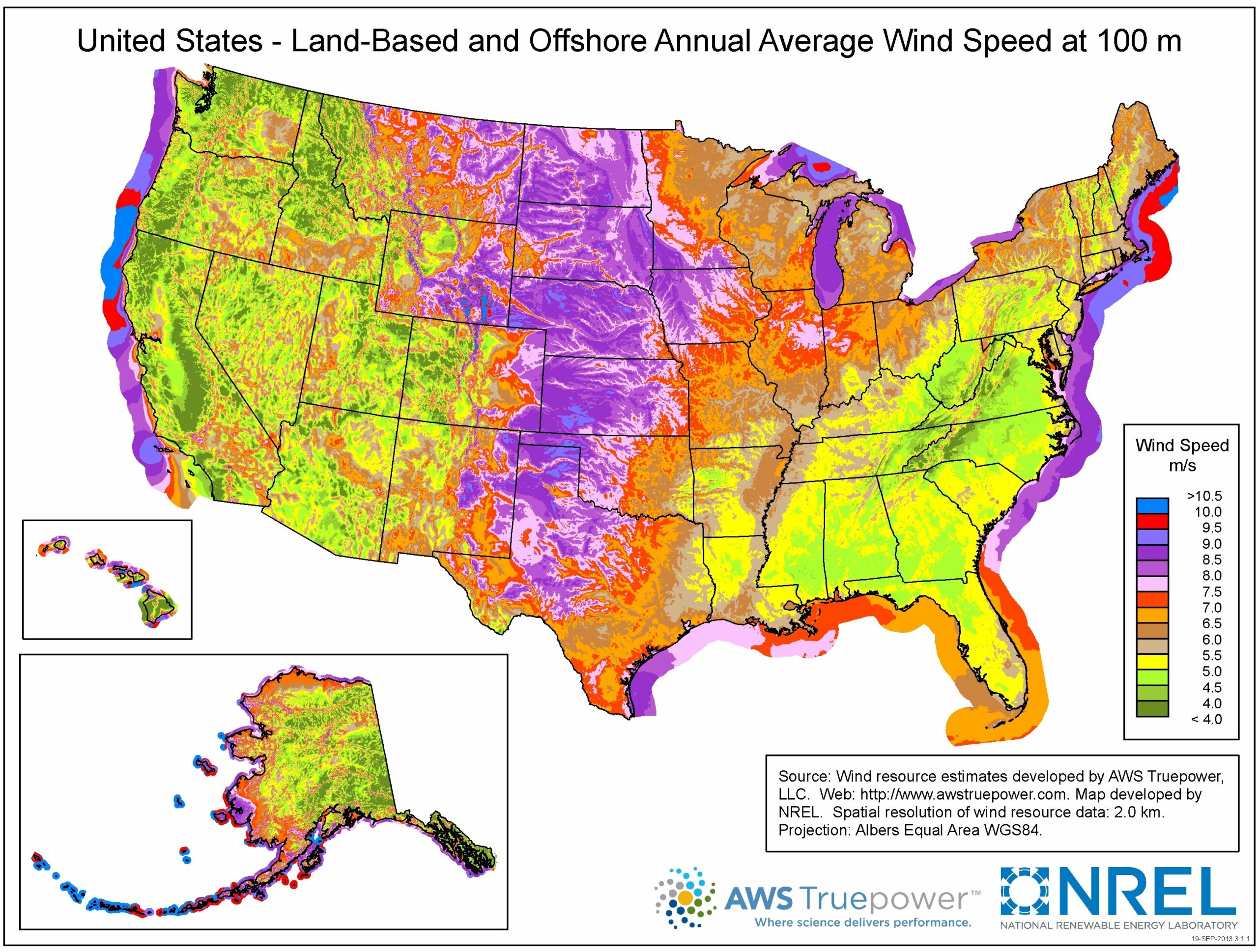