The 2018 elections in Pakistan were rigged

Opposition leader Khan declares himself the winner of the general election

In the parliamentary elections in Pakistan a victory for the opposition leader Imran Khan is looming. After counting the votes in about half of the polling stations, the 65-year-old ex-cricketer is way ahead, as the newspaper "Dawn" reported. According to results so far, Khan's anti-corruption party Tehreek-e Insaf (PTI) will receive 120 of the 272 generally elected parliamentary seats. The previously ruling Muslim League of ex-Prime Minister Nawaz Sharif, who is in custody for corruption, has been beaten and only has 64 seats. It is followed with 42 seats by the Pakistani People's Party (PPP), headed by Bilawal Bhutto Zardari, the son of the murdered former Prime Minister Benazir Bhutto.

"We have received a mandate"

The National Assembly also has 60 reserved seats for women and ten for religious minorities. Especially in the densely populated Punjab province, where the Sharif party traditionally has its voter base, Khan made strong gains. According to an estimate by the polling institute Gallup, the voter turnout was 50 to 55 percent. In the meantime, Khan declared himself the winner of the general election. "We were successful and we received a mandate," he emphasized in a televised address. "God gave me the chance to make my dream come true". He fought for 22 years and thank Allah for the opportunity to serve the nation. He described the elections as "historic".

In his half-hour speech, Khan also presented a vision for the future of Pakistan. "We will turn this country into a welfare state," Khan added. He strives for good relations with neighboring countries, because peace in Afghanistan means peace in Pakistan. Should India take one step towards Pakistan, Pakistan will take two steps.

Khan is likely to miss a majority in the National Assembly, but will have no difficulty in finding a coalition partner. His supporters had already celebrated the triumph of the PTI the night before. The former sports star is also said to have the support of the military. However, Khan denies that his party is favored by the army leadership. 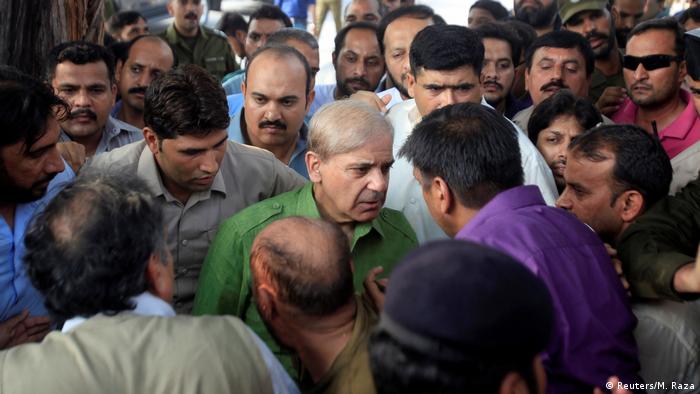 The head of the Muslim League, Shahbaz Sharif, will have to sit on the tough opposition benches

Muslim League does not want to recognize the result

The head and top candidate of the Muslim League, Shahbaz Sharif, complained about manipulation. "Because of massive and obvious irregularities, we are completely rejecting the results of the 2018 election," wrote Sharif on Twitter. Especially the slow pace of the counting caused a sensation. Shahbaz Sharif is the brother of ex-Prime Minister Sharif. The electoral commission denies manipulation allegations. "It is not a conspiracy and there is no pressure on us to delay the results," said Babar Yaqoon, secretary of the commission. The reason for the delay was a technical glitch in the transmission of the results.

Even before the vote, members of the Muslim League had complained of intimidation and reprisals. Pakistan's independent human rights commission had also complained about massive manipulation. The European Union election observers had complained that their work was being hindered. The election campaign was overshadowed by violence. On election day itself, at least 31 people died in an attack on a polling station in the city of Quetta.

It is only the second time since Pakistan's independence seven decades ago that a civilian government has been replaced by an election. The Islamic country was under military rule for decades. The vote on Wednesday took place with a massive military presence. A total of 800,000 security forces were deployed - including around 370,000 soldiers. 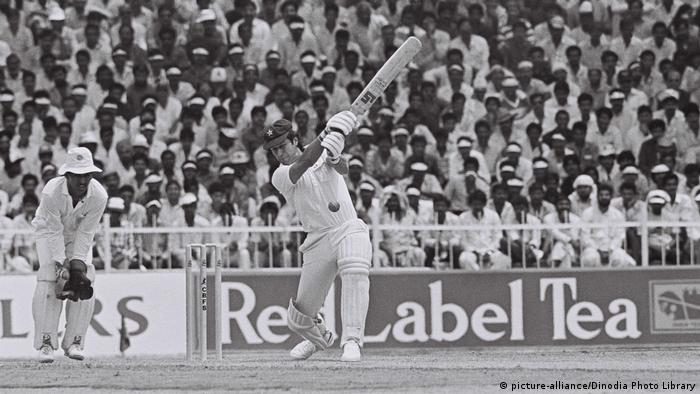 In Pakistan's previous history, Imran Khan went down as the captain of the national cricket team, which he led to the 1992 World Cup. For many years he had the image of a playboy and bon vivant. Then in 1996 Khan went into politics and founded the PTI. He was a flyweight for a long time, but made strong gains in the 2013 elections. His PTI became the second strongest force in parliament. She went into opposition at the national level. In the northwestern province of Khyber Pakhtunkhwa, it was the government. Khan's main theme is the merciless fight against corruption. It was also Khan's PTI who, following the revelations of the Panama Papers, asked the Supreme Court to open an investigation into Nawaz Sharif. The "Panama Papers" are confidential documents from a consulting company. They included strategies for tax avoidance, but also references to money laundering.