“You are what you eat”: Diet in Germany

Muesli or steak, vegetables or pizza, organic, vegetarian or vegan: how we eat is not just about taste. We also show what is important to us in our life.

"Mmh, tastes great!" In a health food store in a town in the Rhineland there are various small pieces of bread on the bread counter. Customers can try the products. A young woman is enthusiastic about the spelled bread. It is exactly how she likes it: made from 100 percent organic flour and baked by the local baker without any additives.

"We have constantly expanded our range over the past few years," says Nicole Saturna, the shop's manager. There is organic fruit and vegetables, bread and baked goods, cheese and dairy products, meat and sausage. “Our customers want to eat healthily. All of our goods have the organic seal or are Demeter products. And we buy most of our products from local producers. So I know exactly which chickens the eggs we sell come from. " Nicole Saturna is right on trend with the store she opened in 2009. In recent years, Germans have paid more and more attention to what foods they buy and eat. This was due to several major food scandals. It was about meat that was no longer good or fruit and vegetables on which residues of toxic pesticides were found. The scandals have caused people to lose confidence. Since then, the demand for organic products has continued to grow. In 2014, Germans spent 7.91 billion euros on organic food and beverages. That was almost five percent more than in the previous year. However, if you compare the figures with the entire industry, they no longer look that good: Only four percent of the food that is sold is labeled with the organic seal.

Why did you open a health food store?


Healthy and sustainable instead of fast and cheap

This is mainly due to the price. Organic food is significantly more expensive than products that come from mass production. Younger people in particular often cannot afford this. "You have to pay more," says Nicole Saturna. Most of her customers, she estimates, are between 40 and 50 years old. They make sure that the products are fair and locally produced and that the environment is not polluted . “It doesn't make sense to send apples around the world,” says Nicole Saturna. 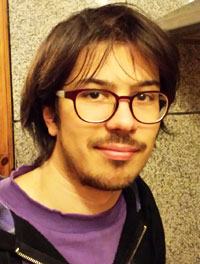 For such reasons, more and more people in Germany are giving up meat entirely. Around 7.8 million vegetarians live in Germany. That is around a tenth of the population. René Klingel, 22 years old, for example, has not eaten meat for nine years. For him it is unbearable how animals are treated and killed in mass production.

How healthy is vegan?

Around one percent of the population goes one step further and opts for a vegan diet. That means, in addition to meat and fish, also omit all other foods that come from animals - for example eggs, milk and honey. However, it can also be dangerous to completely avoid animal products. Because they contain substances that are important for the body and that cannot always be replaced by herbal products. If you don't pay close attention to what you eat, you can suffer from deficiency symptoms. This is what the food scientist Annika Waldmann points out. She has researched the health benefits and disadvantages of the vegan diet. Her conclusion: Eating mainly fruit and vegetables is good. Eating only plant-based foods, however, is not right for everyone. She even advises children, adolescents, the elderly and pregnant women against eating a vegan diet.

René Klingel on his vegetarian lifestyle

How long have you been a vegetarian and why?

What made you believe?

Are there other vegetarians in your circle of friends? 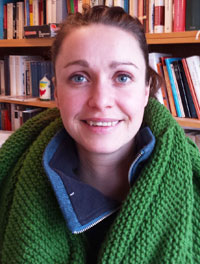 Not everyone who eats vegetarian or vegan today wants to do so forever. Today it is particularly popular with young people to eat consciously. And so there are also guests in the many new vegetarian and vegan restaurants who only occasionally forego meat, so-called flexitarians, who eat flexibly. They look forward to new ideas and tips and also like to exchange recipes to make yourself. As different as the flexitarians are, they all have one thing in common: finished products from the supermarket do not come on the table. This is also important to nutritionist Uta Schmidt. She recommends whole foods with fresh ingredients and advises to keep foods as natural as possible.

Nicole Saturna from the organic market in the Rhineland is proud that she has something to offer for every taste. “I am happy to advise my customers on their choice. But I don't want to proselytize anyone. "

Uta Schmidt on the eating habits of people in Germany

What has changed in people's eating habits in Germany?