Racism is emerging in India

Christopher Kloeble on the power of explorers and the Indian gaze

DW: In your novel "The Museum of the World" you look deep into the history of India. Why India?

Christopher Kloeble: What I'm telling is based on the true story of three Bavarian researchers who went on a great adventure in India with a dramatic ending. The more I looked into it, the more interesting I found this colonial stuff. In Germany people are talking more and more about colonial issues, but often in the context that they haven't had colonies that long and, moreover, not that many. Germany would not have been such a big player as Belgium, Spain or England.

In Germany, people in the South Asian context tend to talk about scientists and their inspiring research. Indology is a science founded by Germans. One of the most famous Sanskrit researchers was Max Müller, after whom all Goethe Institutes are named in India today. The Schlagintweits (travelers and explorers, editor's note) were very well known in their time, they also appear in five novels by Jules Verne. But if you take a closer look at them, you realize that on the one hand these scientists have of course gathered knowledge - but where did this knowledge go? Who benefited from it? With the Schlagintweits it was the East India Company, which exploited South Asia for a long time, around three hundred years. 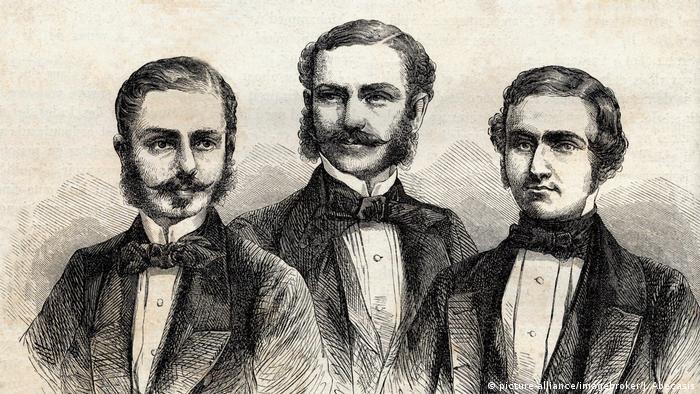 The Schlagintweit brothers: Robert, Hermann and Adolf (from left)

This is where German history comes together with that of India, which I found very interesting. Of course, my curiosity is also related to the fact that I live so much in India and that I deal with it a lot anyway.

Geographical knowledge, natural history and ethnological knowledge still meant power in the middle of the 19th century. What role did famous explorers like Humboldt and the Schlagintweits play for the imperial empires?

A very important one. One can argue about terms, but from today's perspective it is legitimate to say that they were something like spies. As explorers, you may have gathered certain information out of sheer idealism. But if you only look at the information work of the Schlagintweit brothers from the three years of their expedition, then there are thousands of pages with meticulous records. Everything is listed: every stretch of land, what's in the ground, whether it's raining there, what is growing well, which languages ​​people speak there and what they look like. Why they do this ritual and who is the chief there. How best to get through this pass, etc., etc. That’s so much information! 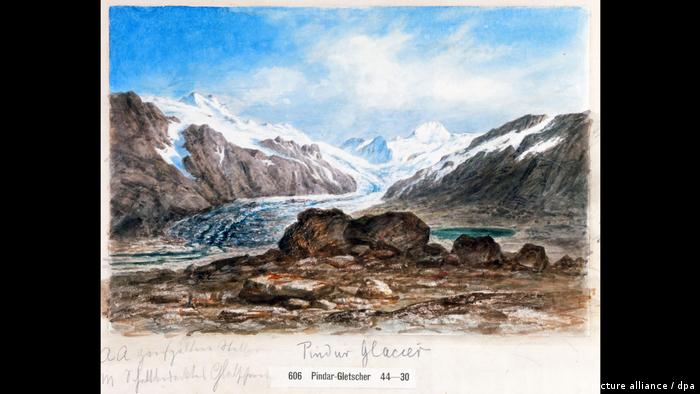 European view: the Pindar Glacier in the Himalayas, painted by one of the Schlagintweits

They put it like Google entries today, across entire regions, across the entire huge area. Above all, the northern area of ​​South Asia, known as High Asia, was fiercely contested at the time, precisely because the great powers met there: China, Russia and England. They were in a tough competition with each other, for which Rudyard Kipling coined the term "The Great Game". To gain an advantage, knowledge was everything. So if someone went into the mountains to measure them, it was immediately evaluated in the respective countries.

It is difficult these days to determine who used what information and how, but one can assume that a large company like the East Indian Company, which ruled over much of the world, had financial interests and pretensions to power. Therefore, this information was collected, and not out of pure scientific interest.

The colonial age has long since come to an end. To what extent do colonial categories still shape the way those affected see the world?

Of course, this is becoming more and more relative. Education gets better, people understand more. But there are still strange excesses. You can see something like "Oxford Barber" in many streets of India, simply because they think Oxford is something great. If children who are born are particularly dark, then many see it as a bad sign and believe they will find it difficult to find a spouse or a good job later. One must not expect that just because whites treat people of different colors racistically, that people of different colors are not also racist. This racist pecking order also exists within India, and it was strongly influenced by colonialism.

Everything you tell in your novel is fact-based and carefully researched. Only the first-person narrator Bartholomäus is invented. And it is precisely the Indian orphan boy who was initially weak and beaten a lot who empowered himself, he imitated the often arrogant gaze of the explorers, their judgmental perspective. Why did you put it on like that?

It was very important to me to have an Indian perspective in this narrative. Bartholomäus is a boy who grew up with the colonization, he has already been given a Christian name, he speaks German, and he writes his book in German. In the course of history he goes through a change until he realizes that he is a product not only of the Indian world. 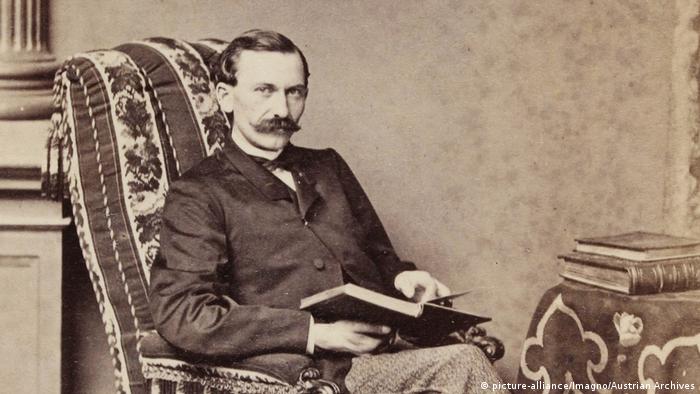 I read him as a kind of court jester. Because he is so young, he can do and say things that no one else should say without reckoning with severe consequences. He can show and tell us a lot that someone else couldn't. With an adult, you'd think he couldn't do that, and if it were a Western person, he wouldn't. Children have this combination of naivety and sometimes great wisdom. You can comment on historical events and at the same time stand a bit on the outside.

What was your motivation as a novelist? Do you see yourself as a champion of decolonialism?

As an author, as a storyteller, it is not always easy to stand up for a cause. You then have to have a very strong stance or opinion on something, and that makes it harder to tell a good story. It gets narrative boring, you then know from the start who the bad guys are and the others are the victims. But I definitely think the subject is very important. The extreme after-effects of colonialism in South Asia can still be seen very well today. India has only been independent for a little over seventy years.

For a number of years, restitution claims have been examined for possibly stolen cultural treasures, and cultural goods and works of art have been returned. What else needs to be done to relieve the colonial legacy?

Something has to be done on both sides, a great deal has to be worked through. But I found it interesting when I read last year that people are only now considering teaching colonialism in English schools. In England a few years ago there was a debate about the good and bad of colonialism in connection with the reparation payments discussed. After all, they would have built railways, brought democracy to India, and abolished widow burning. But what is forgotten: You didn't go there to help, the railways were built for the interests of the colonial rulers. This attitude has to change.

The interview was conducted by Sabine Peschel.

Christopher Kloeble is married to an Indian woman and lives in Berlin and New Delhi. The author, born in Munich in 1982, is a regular visiting professor at universities in the USA and Great Britain. "The Museum of the World" is his fourth novel.