Why does the rainbow have 6 colors

For a long time, the sudden appearance of a rainbow has preoccupied people's imagination. In the Judeo-Christian creation story, the rainbow represents the sign of a covenant between God and Noah after the flood, "that a flood will no longer come and destroy all flesh". According to a European tradition, there was a golden cauldron at the end of the rainbow. In African mythology, the rainbow represents a giant snake that brings bad luck to the house it touches. For others, the rainbow was a bridge to paradise. It was not up to René Descartes until 1637 to fully solve the mysteries of the rainbow. 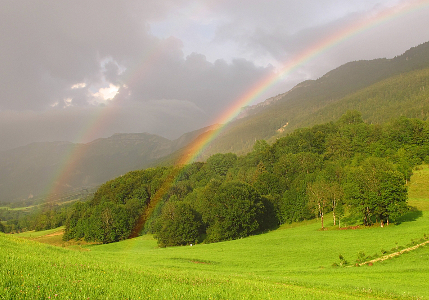 What is a rainbow

The rainbow is one of the beautiful effects of breaking down white light (generally sunlight) into rays of different colors (or wavelengths). The spectrum of white light - the main colors of which are the famous "seven colors of the rainbow", namely red, orange, yellow, green, blue, indigo, violet - appears in a "natural" way. It is the water droplets floating in the atmosphere that break up the light like little prisms. 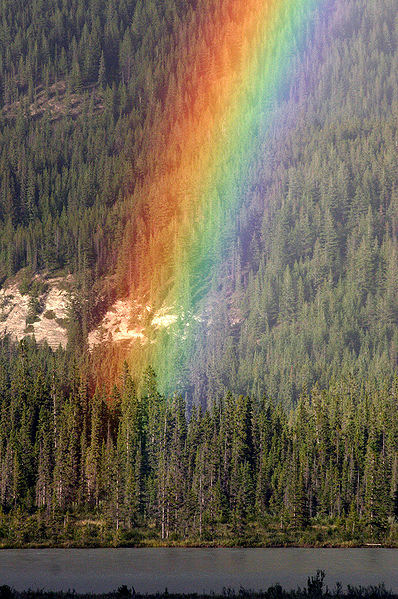 How is the white light broken down?

When the light penetrates a drop of water, it is deflected. Among the paths that light can follow, there is one path that is the cause of the rainbow: the light is refracted (that is, it is slightly deflected as it crosses the interface between air and water), reflected off the back of the water droplet , and finally broken again as it emerged from the drop. The light beam is deflected by an angle of approximately 41 ° with respect to its direction of incidence.

This is the reason for the formation of the main rainbow. The secondary arc is created by a further reflection in the drop, after which the angle between the incoming and outgoing jet is about 51 °. The secondary arch is wider than the main arch. 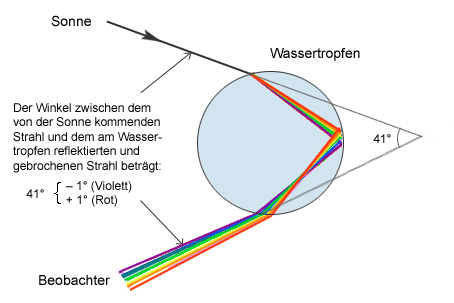 Fig. 3: Reflection and refraction on a drop of water
(Source: Pierre Fernandez)

Why is the red "above" in the rainbow?

Let us put ourselves in the place of the observer. In order for him to see the rainbow, the light emerging from the drop has to get into his eye. He can therefore not see all the rays of light emerging from a particular drop. Instead, the blue light he sees comes from a different drop than the red light. 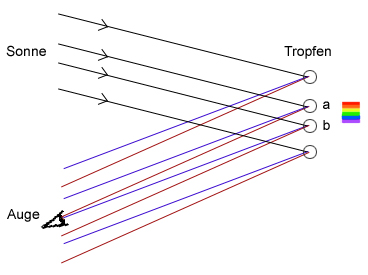 Fig. 4: The light rays refracted in the water droplets reach the observer's eye. It is the drops between a and b that form the rainbow observed by the eye. The colored rays of light that come from drops above a and from drops below b do not get into the eye.
(Source: Pierre Fernandez) 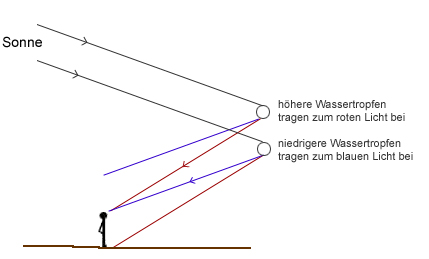 Fig. 5: The same on a larger scale

And why is the rainbow shaped like an arc?

The drops from which red light reaches the observer's eye form a cone with the eye at the tip and the axis of which is the direction of view. The opening angle of the cone is the deflection angle for red (42 °), the same applies to the other colors. The observer sees a group of circles - or rather arcs, because part of these circles is mostly covered by the earth. A whole ring can only be seen from a high mountain or from an airplane. 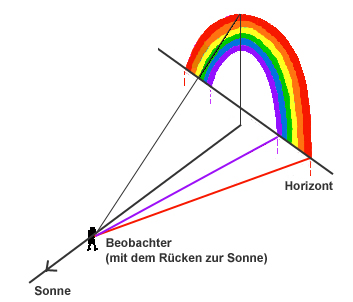 Fig. 6: The origin of the rainbow
(Source: Pierre Fernandez)

You can't walk under a rainbow

When do you see a rainbow?

On the basis of Fig. 5 it can be seen that the sun, the observer and the center of the arc lie on a line. The center of the rainbow therefore appears to be higher the lower the sun is. Conversely, the higher the sun, the lower the arc ... and it "disappears" as soon as the sun is more than 42 ° above the horizon. That is why rainbows can only be seen in the mornings and evenings in the mid-latitudes.

The dark ribbon of Alexander

The sky appears darker between the inner and outer rainbows. In fact, between the angle of 41 °, which marks the main rainbow, and the angle of 51 °, which marks the secondary rainbow, no ray of light emerges from the drop; there is therefore no light in this area. This ribbon is called the "dark ribbon of Alexander" in honor of Alexander von Aphrodisias, who first described it. 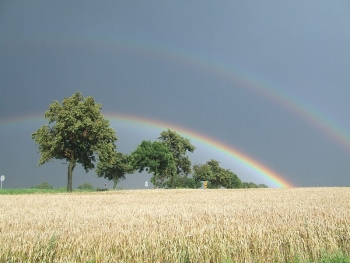